Being a relatively new maker of laptops, Huawei is trying to address high-end and niche markets to gain share, avoid direct competition with numerous rivals at the same time, and preserve its profit margins. With numerous ultra-portable Intel Core-based notebooks in its arsenal, Huawei is working on a Windows 10 on Snapdragon 2-in-1 PC for those who want an always-connected machine. 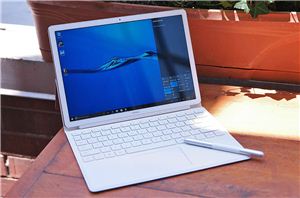 Huawei Launches the MateBook E 2-in-1: The Next Generation

Today we’re in Berlin to cover Huawei’s launch of the new MateBook series. For this second generation, Huawei has on offer a 13-inch clamshell aimed at premium users, a...