The Black2 consists of a 120GB SSD and 1TB dual-platter 5400rpm hard drive. It's not a hybrid drive (or SSHD) by definition like the Momentus XT because there's no caching involved. The SSD and hard drive appear as separate partitions, giving the end-user the power to decide what data goes to the SSD and what doesn't. WD calls the Black2 a dual-drive, which is a logical name for the drive because it's fundamentally two drives in one. 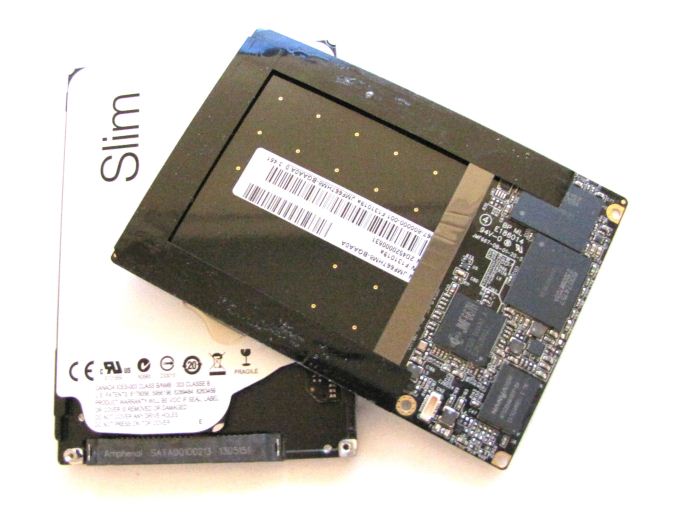 Included in the retail package is a USB 3.0 to SATA adapter and Acronis True Image WD Edition (via download) for easy data migration. There is no driver disc to my surprise but a small USB drive, which when plugged in runs a command that sends you to WD's download page (i.e. the actual drivers have to be downloaded).

Internally the drive is rather unique. The hard drive itself is the same as WD's Blue Slim model (7mm dual-platter 5400rpm drive) but in addition to the hard drive, there are two PCBs. The bigger PCB contains the SSD components (controller, NAND, DRAM) and the smaller one is home to Marvell's bridge chip, which allows the SSD and hard drive to utilize the same partition table. 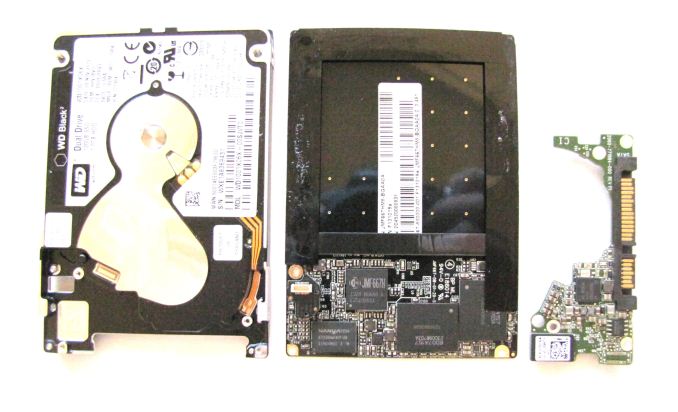 WD went with a rather rare JMicron JMF667H controller in the Black2. It's a 4-channel controller and is based on the ARM9 instruction set, but as usual JMicron doesn't provide much in the way of public details.

JMicron used to be a fairly big player in the consumer SSD space back in ~2009 but the lack of a SATA 6Gbps controller pushed SSD OEMs to go with other manufacturers. The JMF667H isn't JMicron's first SATA 6Gbps controller, although it seems that all the members of JMF66x family are mostly the same with a few tweaks. I've seen the JMF66x controllers used in some Asian brand SSDs (e.g. Transcend SSD740) but the biggest demand for JMF66x has been in the industrial SSD side. 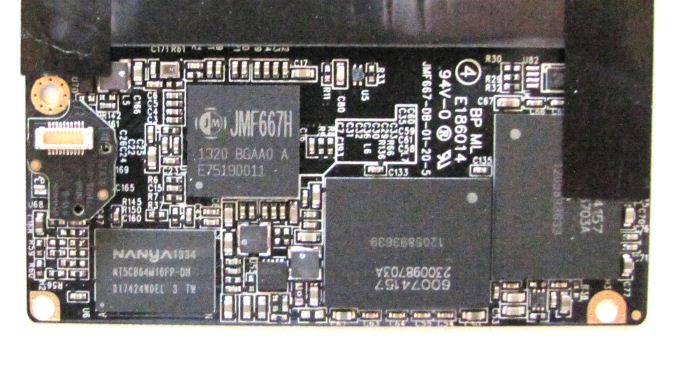 As for the NAND, WD has only disclosed that the NAND is 20nm MLC, suggesting that we're dealing with IMFT NAND (Micron or Intel). I tried googling the part numbers but it appears that the NAND is custom packaged as there was no data to be found. However, I'm guessing we're dealing with 64Gb dies, meaning eight dies (64GB) per package. There's also a 128MB DDR3-1600 chip from Nanya, which acts as a cache for the JMF667H controller.

Setting Up the Black2

When the Black2 is first connected, it appears as a 120GB drive and gaining access to the 1TB hard drive portion requires driver installation. The reason why the driver is required is due to the limits of the SATA protocol. Connecting two drives to a single SATA port would require port multiplication, which isn't supported by all SATA controllers as it's not an official requirement. Most modern SATA controllers do support port multiplication but for instance older Intel and nVidia chipsets don't. It's always better to play it safe and not have any specific hardware requirements, especially as most people have no idea what chipset is in their system.

Once the drivers have been installed, the Black2 will show up as a single drive with two partitions. The way this works is pretty simple. Operating systems use Logical Block Addresses (LBAs) for read/write commands, which are used to keep the data seen in the OS and the data in the drive in sync. As OSes have been designed with hard drives in mind, they use linear addressing, meaning that the LBAs start from 1 (i.e. the outer circle of the hard drive) and increase linearly as more data is written. Partitions are based on LBA ranges and as some of you might remember (and may still do it), splitting a hard drive into two partitions was a way to increase performance because the first partition would get the earliest LBAs with the highest performance.

In the Black2, the earliest LBAs (i.e. 120GB) are assigned for the SSD partition, whereas the rest are for the hard drive. The Marvell chip keeps track of all the LBAs and then sends data to the SSD or hard drive based on the LBA.

Out of interest, I also tried creating a 1120GB volume to see how the drive reacts. It certainly works and I was able to read and write data normally, but the issue is that you lose control of what goes to the SSD and what doesn't. As the earliest LBAs have been assigned to the SSD, the SSD will be filled first and once 120GB has been written the drive moves to writing to the hard drive, meaning that you are pretty much left with the hard drive for anything write related. If you go and delete something that's in the SSD, the next writes will go those SSD LBAs so in theory you could use the Black2 as a single volume drive, but it wouldn't be efficient in any way.

The drivers WD provides are Windows only but there is a way, at least in theory, to use the drive in OS X. You need Windows access for this and what you do is set up the partitions in Windows and then use OS X's Disk Utility to format the partitions from NTFS to HFS. 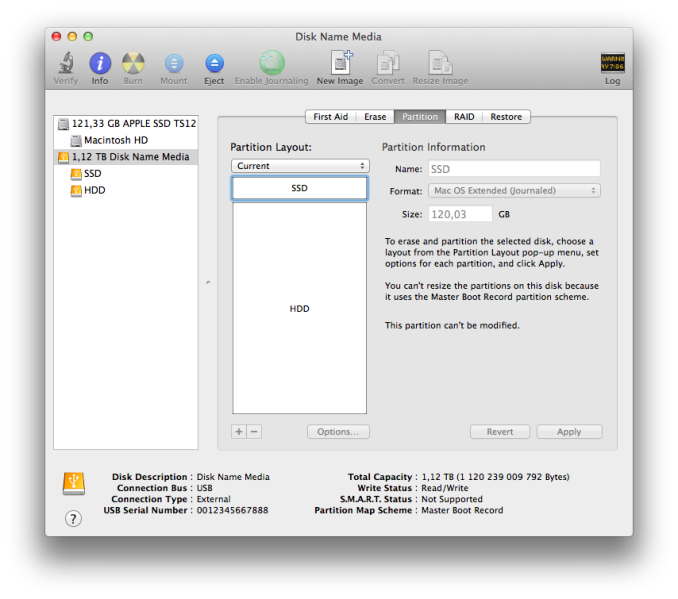 Unfortunately I don't have a Mac with USB 3.0 port to thoroughly test the Black2 in OS X, so this is merely a heads up that it may work. I was able to read and write to the drive normally but without a faster interface I can't test that the writes are indeed going to the SSD when they should be. In theory yes, but it's possible that the drivers include more than just an automated partition set up.

Thanks to G.Skill for the RipjawsX 32GB DDR3 DRAM kit