The "Smartphone for Snapdragon Insiders" vs ROG5 Preview: Branded vs Original 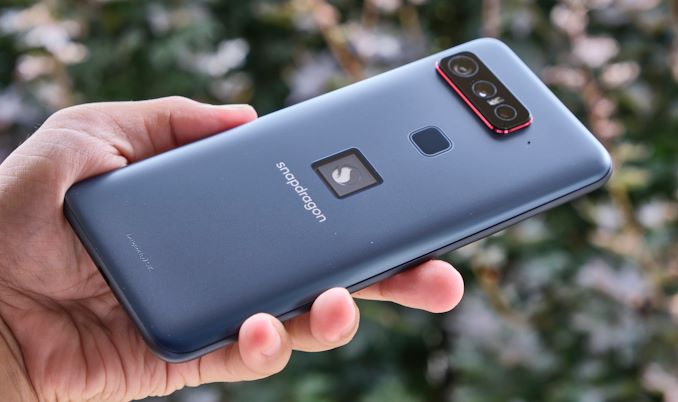 Today we’re reviewing a rather unusual device, the new ASUS “Smartphone for Snapdragon Insiders”. The device had been first announced a month ago by Qualcomm and ASUS, and represents a sort of weird kind of collaboration between the two companies. The phone follows a push by Qualcomm in social media and marketing to try to promote their Snapdragon brand, and a program called the Snapdragon Insiders initiative.

The “Smartphone for Snapdragon Insiders” – a rather unintuitive name which we’ll shorthand as SSI from here on, is weird in that while it’s primarily pushed by Qualcomm marketing, it’s actually an ASUS designed and manufactured product. The initial announcement of the device was a bit confusing in that one would have thought it’s a Qualcomm developed phone, but the relationship is rather a bit more blurred and complex. For the time being, you can think of the phone as simply being another ASUS device, with Qualcomm Snapdragon branding.

For today’s review (which we’re calling a preview for the time being, more on this later), there’s one extremely notable parallel which we can’t help making, and that is the comparison to ASUS’ own ROG Phone 5 phone which was announced and released earlier in the year. As both devices are designed and manufactured by the same party, there’s going to be some extreme similarities between the phones – so comparing them and pitting them against each other is an inevitability in my eyes.

Disclosure: Qualcomm has sent us a free review unit of the "Smartphone for Snapdragon Insiders" for review. The review is an independent evaluation of the product.

Starting off with the hardware, the SSI is powered by Qualcomm’s Snapdragon 888 SoC. Qualcomm had noted that the phone doesn’t contain the newer Snapdragon 888+ because the phone was already in design and production before the S888+ came to market, so they opted to use that platform for the device and avoid delaying it further.

What’s a bit special about the Smartphone for Snapdragon insiders is a few changes in the internal hardware. First off, the phone only comes in a single configuration, with a whopping 16GB of LPDDR5 and 512GB of UFS 3.1 storage. Generally, this is already one of the aspects which puts the phone at a higher price tier compares to other devices, so it’s important to keep this in mind.

The other important aspect of the SSI is its cellular network compatibility and radio front-end and antenna design: To keep it simple, this phone supports every single 5G frequency band in the world – including full mmWave support, something that is unique to the phone and can’t be found in any other device in the market. Generally, the inclusion of radio front-ends to support every single frequency band for every cellular market in the world is a bit unusual as most vendors attempt to optimise the internal hardware of the devices to simply support the frequency bands available in the target market, and simply develop a few different models that target certain markets (North America, EMEA, “Global” models, China, Japan). In the case of the SSI, it’s certainly quite a flex in terms of hardware capabilities – however, unless you’re an extremely international traveller and have according cell plans, it will be something for the very vast majority of users won’t be of practical advantage. 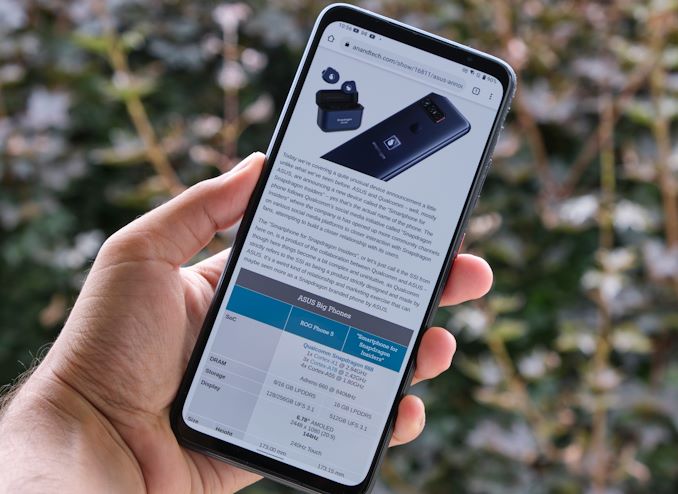 The phone features the same display and general form-factor as the ROG Phone 5. The 6.78” AMOLED feature a 2448 x 1080 resolution and goes up to 144Hz refresh rate, along with a 240Hz touch input sampling rate.

As noted in our announcement article, it really does seem here that the panel and the whole front glass assembly for the SSI is identical to that of the ROG Phone 5.

When face-on, the only real distinguishing factor between the two devices is the fact that the SSI doesn’t have the bottom front speaker slit, and instead uses a bottom-firing speaker. What’s interesting here is that there’s still a glass cut-out where the speaker slit is supposed to be, it’s just that it serves no purpose.

The form-factor of the phones is mostly identical; however, the SSI is 0.4mm thinner and 29g lighter than the ROG Phone 5. The reason for the smaller weight is a much smaller battery capacity – instead of the giant 6000mAh of the ROG 5, the SSI only features “a mere” 4000mAh. This is actually a 33% reduction – or better said, the ROG Phone 5 has a 50% larger battery. This will be quite worrying for the battery performance of the phone as we’ll see later.

The top of the SSI is practically identical to the ROG Phone 5 with zero differences alongside the glass face.

One difference in design between the phones is that the ROG Phone 5 employs a chamfer below the plastic “gasket” along the display glass, whereas the SSI avoids this and simply immediately starts the rounded metal frame of the device. 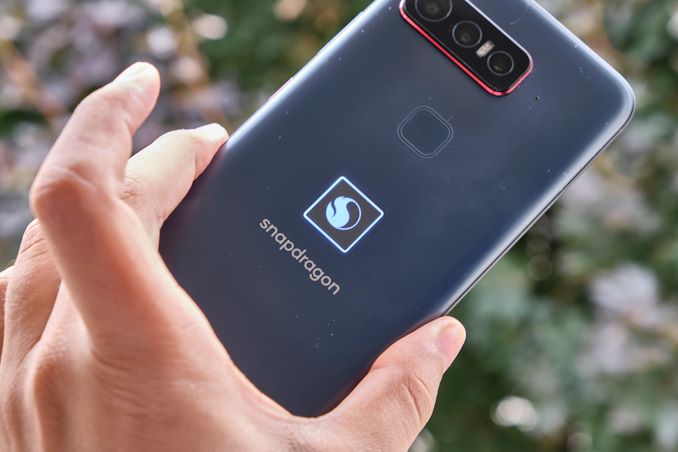 The backside of the phones is characterised by ASUS’s LED elements – this time around it swaps the ROG logo for a 3D Snapdragon logo – it’s actually a three-dimensional element that’s around 2mm deep below the back glass panel, and which lights up.

The internal hardware designs of these phones have the motherboard PCB actually placed in the very middle of the phone frame in a horizontal fashion – ASUS had designed this with the Aero Cooler accessory in mind, along with the secondary USB-C port to the side of the ROG Phones. These accessories of course don’t exist for the SSI – placing the Snapdragon logo here is a bit odd in terms of the thermals of the phone, which we’ll dwell deeper later. 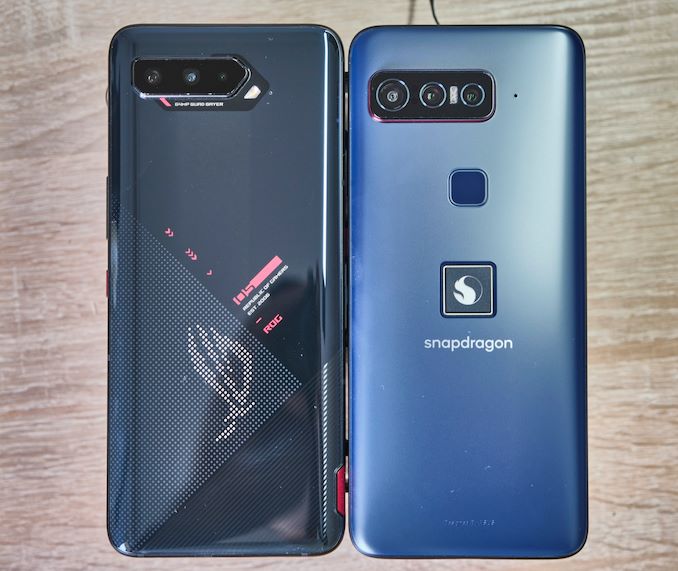 Qualcomm explains here that the phone uses a solid glass OLED substrate rather than the flexible OLED type, and this former generally cheaper panel type is not compatible with Qualcomm’s ultrasonic fingerprint sensors. This is a bit of a tough situation for the SSI – on one hand it would have been weird if a Snapdragon branded phone had to use a regular optical under-display fingerprint sensor from a regular provider, but this implementation of the ultra-sonic Qualcomm sensor is also generally a bit pointless and definitely not the best showcase of the technology. 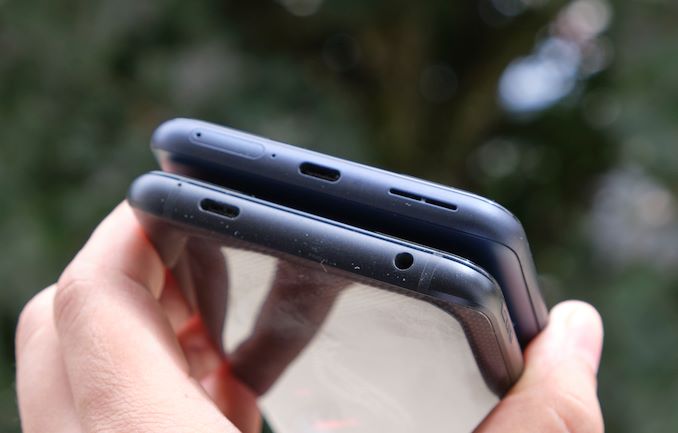 At the bottom of the phone, there quite notable differences between the phones. We mentioned the bottom-firing speaker – generally the implementation here is not as good as what we have on the ROG Phone 5, and the audio isn’t as even. I’m not really sure why there was a need to change the layout.

Furthermore, what’s missing on the SSI is the 3.5mm headphone jack. ASUS is one of the rare few hardware vendors to still provide the 3.5mm headphone jack in their phones nowadays and actually pride themselves in the feature – which is good. The Snapdragon phone losing it is rather odd, but generally in line with what we’ve seen from OEMs over the years, instead opting to promote wireless alternatives.

In terms of camera setup, the SSI uses the same main sensor and ultra-wide as the ROG 5- however the main sensor gains OIS, and instead of a 5MP macro module we see the inclusion of a 8MP 3x optical zoom – the same hardware that’s included in the Pro models of the Zenfone 7 and the Zenfone 8 Flip. What’s interesting here is that it seems while the UI interface of the camera is identical to other ASUS phones, Qualcomm had taken up the task to calibrate and optimise the camera processing for the device – which is one of the critical differences to other ASUS phones. 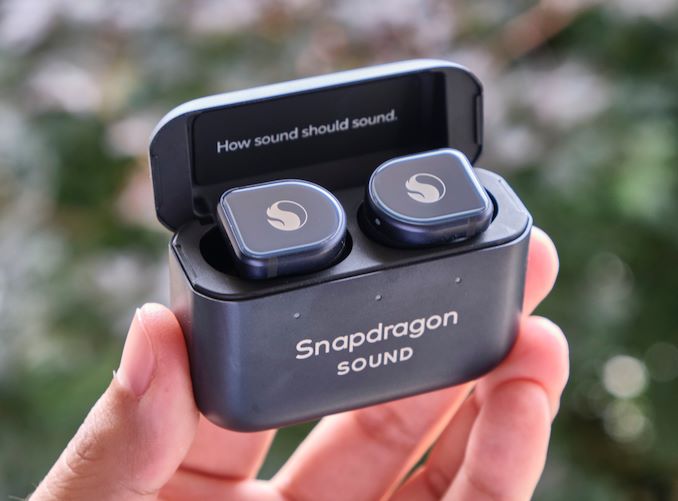 The Smartphone for Snapdragon Insiders is rather special in terms of the wireless audio options – the phone comes along with a pair of Snapdragon branded Master & Dynamic MW08 (MW08S in this case) ANC earbuds. The non-branded variant of these TWS actually come at a MSRP of $299, so it’s actually a very substantial value proposition of the $1499 package of the SSI.