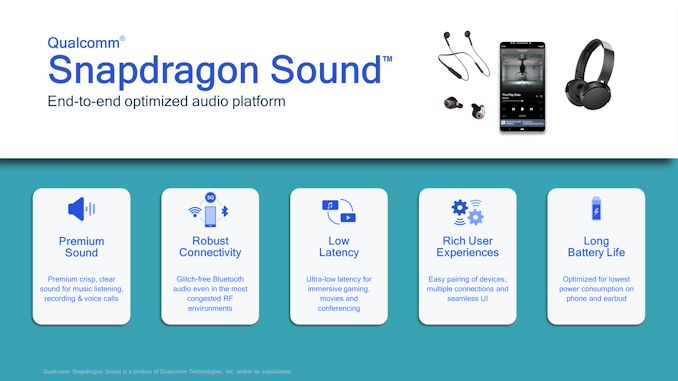 Qualcomm’s initiative is rather vague, but it appears to be to be focused on a certification program that ensures correctly engineered software stacks between a phone’s audio subsystem and the listening device. Qualcomm here particularly looks to focus on wireless audio technologies with greater audio fidelity, most of the technologies surrounding Qualcomm’s proprietary aptX codec and its derivatives. At least one concrete example of an optimised Snapdragon Sound system is Bluetooth audio latency, which would reach down to 89ms in the company’s example. 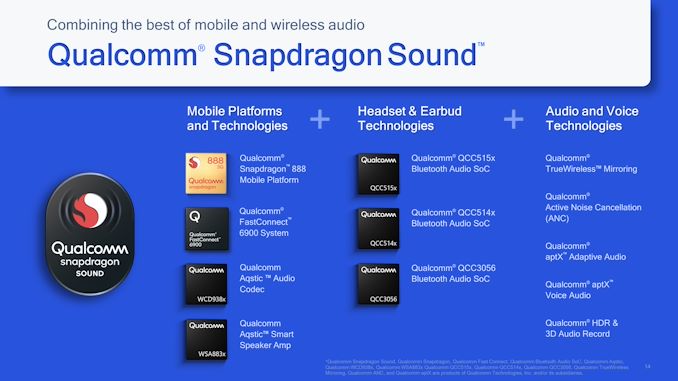 On the hardware side of things, mobile platforms obviously cover Qualcomm’s Aqstic audio codec chips as well as speaker amplifiers, but extends the umbrella out to the company’s Bluetooth audio SoCs which are popular amongst wireless headphone manufacturers.

It’s not clear if the end-to-end optimisations are solely limited to Qualcomm hardware products, or if third-party audio hardware solutions will also gain benefit of the optimised audio stack.

Qualcomm states that the first devices supporting Snapdragon Sound optimisations are expected to be available later this year.