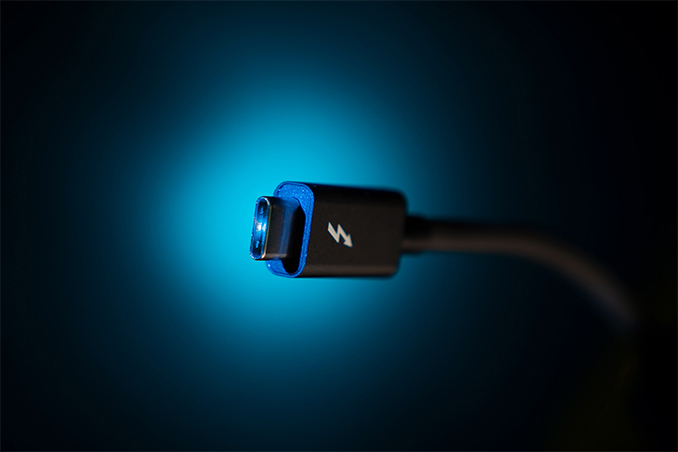 Cypress has unveiled a pair of upcoming USB Type-C controllers for next-generation desktops and laptops. The new EZ-PD CCG6DF and EZ-PD CCG6SF controllers are single-chip solutions that support USB 3.2, DisplayPort, and Power Delivery with fault protection. In addition, the controllers are ready to work with USB4 devices.

Cypress’s EZ-PD CCG6DF and EZ-PD CCG6SF are highly-integrated dual-port and single-port USB-C controllers. Both controllers are based on a 32-bit Arm Cortex-M0 processor, with 64 KB of eFlash to enable enhanced programmability as well as firmware upgrades to gain new functionality or deploy bug fixes. The controllers connect to their host using a PCIe interface and support a variety of protocols, including USB 3.2, DisplayPort, and PCIe.

Meanwhile, the controllers also offer a limited degree of support for USB4; however just what this entails is somewhat murky. According to the company's press release, the new controllers support "firmware upgrades to support the new USB4 standard", however we've been told sperately by the company that the chips are not USB4 controllers. Further still, the company does use the USB4 logo on the product page. What this may come down to is data rates: USB4 offers both 40Gbps and 20Gbps rates, and while both use the standard's fully encapsulated packet format, the 20Gbps data rate isn't any faster (or using any additional wires) than what today's SuperSpeed USB 20Gbps (Gen2x2) devices can already do. So if Cypress is waiting to enable USB4 support at a future date, it could very well be that they will (eventually) be usable as USB4 20Gbps controllers. 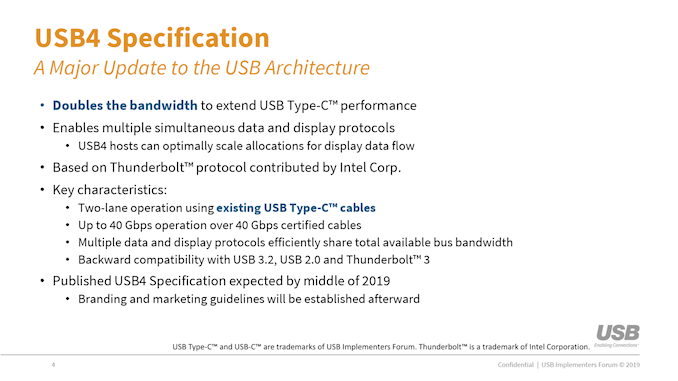 Moving on, one of the other important capabilities of the new chips is an integrated VBUS provider load switch, which allows the chip to support 100 W Power Delivery with fault protection. The integration of switch reduces design footprint and BOM costs, which is helpful for getting wider-spread support for high capacity USB power delivery.

Cypress uses an unknown process technology to build the EZ-PD CCG6DF and EZ-PD CCG6SF controllers and will offer them in 96-pin BGA and 48-pin QFN packages to support various requirements.

Cypress has started sampling of its EZ-PD CCG6DF and EZ-PD CCG6SF controllers with major OEMs. The company expects to start volume production in early Q3, so we may see consumer products by the end of this year.