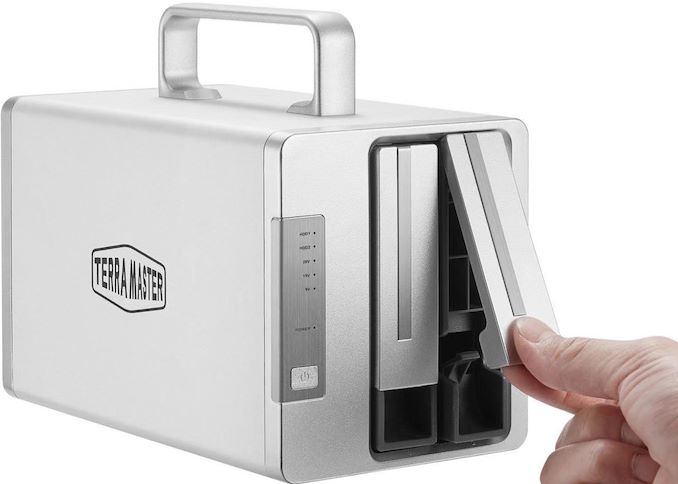 TerraMaster has unveiled a new entry-level Thunderbolt 3 DAS, the aptly named TD2 Thunderbolt 3, which is aimed at video professionals who need a relatively small storage device that still provides ample capacity. On the whole the new dual-bay DAS is relatively basic, with TerraMaster aiming to keep the retail price down while still offering enough performance for today's on-set video workflows.

TerraMaster’s TD2 Thunderbolt 3 DAS can house two 2.5-inch or 3.5-inch SATA storage devices operating in single disk, JBOD, RAID 0, or RAID 1 mode (selectable using a hardware knob on the back). At present, the device supports up to two 16 TB hard drives, offering a current maximum capacity of 32 TB. As for performance, TerraMaster says that the DAS can support up to 760 MB/s read speeds when two SSDs are used. To ensure that the drives installed in the DAS do not overheat, the product also has its own cooling system. 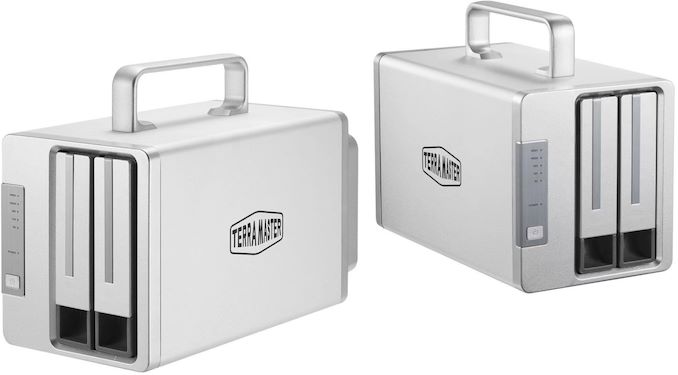 The TD2 Thunderbolt 3 DAS has two Thunderbolt 3 connectors to daisy chain the device with another TB3 appliances, as a DisplayPort to easily connect a 4K monitor without using an additional port and/or cable. Meanwhile, it's worth noting that the DAS does not to support power delivery back to the host.

TerraMaster’s TD2 Thunderbolt 3 DAS is now available directly from the company as a barebones device for $249.