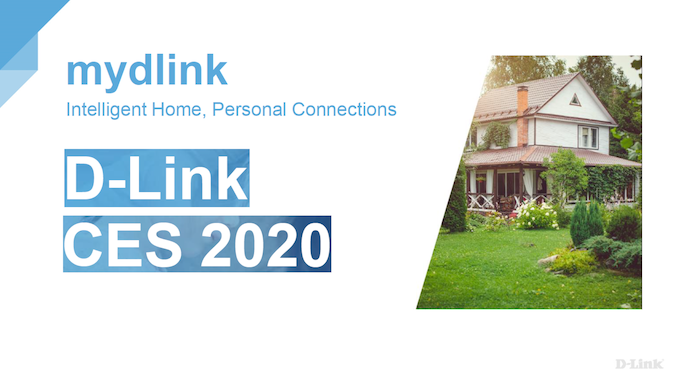 D-Link's mydlink Smart Home lineup has consistently seen new products being introduced since the branding was launched in 2014. As machine learning and AI become more widespread, many edge devices have started to incorporate those features. D-Link's new IP cameras are following the script. The interesting aspect is that these features are being implemented at the edge, rather than the cloud (as has been done in many of the IP cameras currently in the market). In addition to the regular face / object detection features used for identification of different persons, the new cameras also come with glass break detection. Doing this at the edge ensures that there is minimal latency in the provision of alerts. 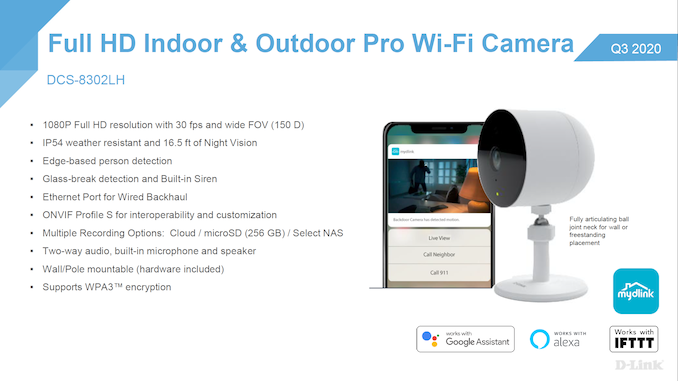 The DCS-8302LH is the indoor model priced at $100, while the DCS-8526LH is the outdoor one priced at $120. The latter sports a spotlight as well as a siren that can be triggered either upon motion detection or through the app. D-Link is also not forcing its customers to use the cloud - the cameras come with ONVIF Profile S support that greatly simplifies the recording of the video streams to NAS devices. The microSD slot on the cameras also support cards of up to 256GB in capacity. 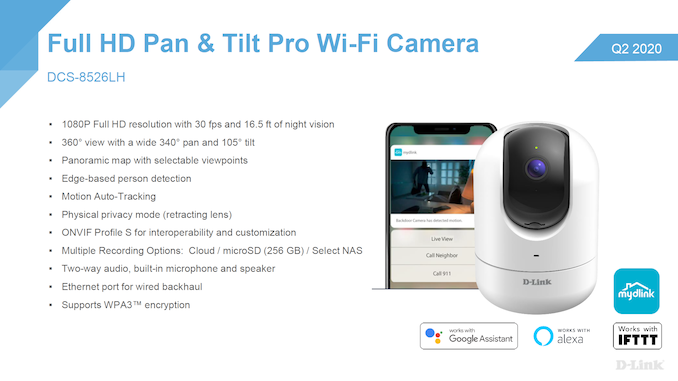 Both cameras come with a wired Ethernet port in addition to Wi-Fi capabilities, and feature two-way audio. Availability is set for Q2 2020. The trend of moving inference to the edge is welcome news for folks who are wary of cloud-reliant devices (be it for security / privacy purposes, or, for just avoiding yet another point of failure in the usage chain). We would like to see other devices in the mydlink smart home lineup get the ability to operate without the need for a cloud connection.