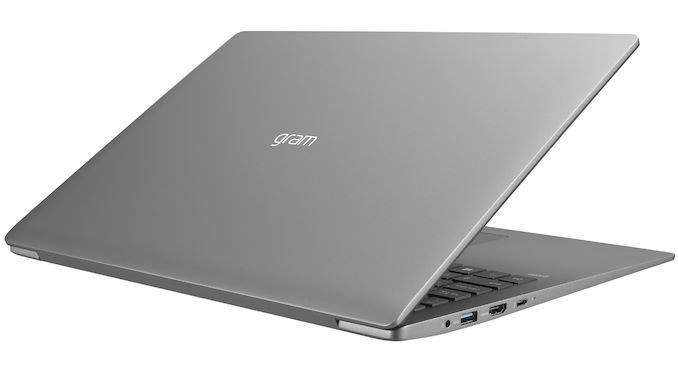 Thin-and-light notebooks with a 17-inch display are rather rare, as most 17-inch laptops are intended to be high performance desktop replacement-class machines. LG’s gram 17 has been a stand-out in that respect, targeting users seeking primarily for a sleek and lightweight PC. This week LG has introduced an updated gram 17 that retains its thin-and-light form-factor, but improves on its predecessor in almost every way possible when it comes to performance.

The new LG gram 17 comes in the company’s signature white or grey chassis made of carbon magnesium alloy that is only 17.4 mm thick. The laptop weighs 1.35 kilograms (2.98 pounds), which is in-line with the weight of a typical 13-incher, yet packs a 17.3-inch IPS display with a 2560×1600 resolution. 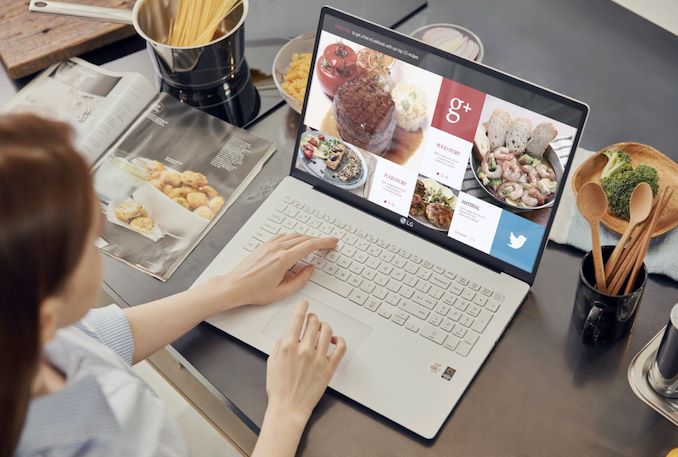 Inside the updated LG gram 17 notebook is Intel’s 10th Generation Core processor (Ice Lake) with up to Iris Plus Graphics. This is paired with up to 24 GB of DDR4-3200 memory as well as up to two M.2 NVMe SSDs. To cool down the high-end CPU, the manufacturer equipped its system with its Mega Cooling System, though we do not know peculiarities. By using a processor with a beefy integrated GPU and installing up to 24 GB of memory along with up to two PCIe SSDs, LG clearly makes its 2020 gram 17 a lot more powerful than its Core i7-8565U based predecessor. 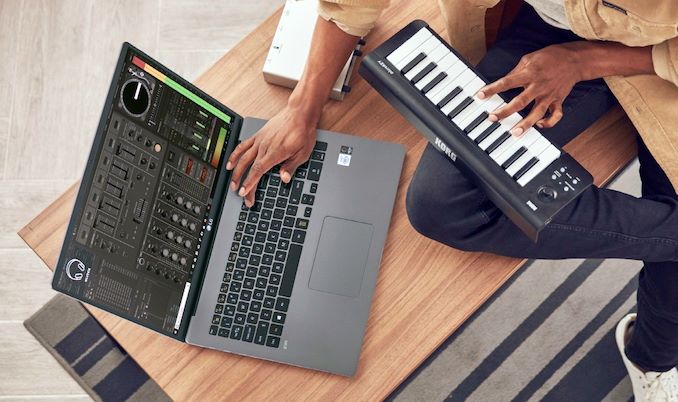 As far as connectivity is concerned, the 2020 LG gram 17 is equipped with Wi-Fi 6 and Bluetooth 5 for wireless comms. In addition, it has a Thunderbolt 3 port, three USB 3.1 ports, an HDMI output, a microSD/UFS slot, and a 3.5-mm audio jack for headsets. When it comes to multimedia features, the notebook has a webcam, DTX X Ultra-badged speakers, and a microphone array. Last but not least, the laptop has a fingerprint reader. 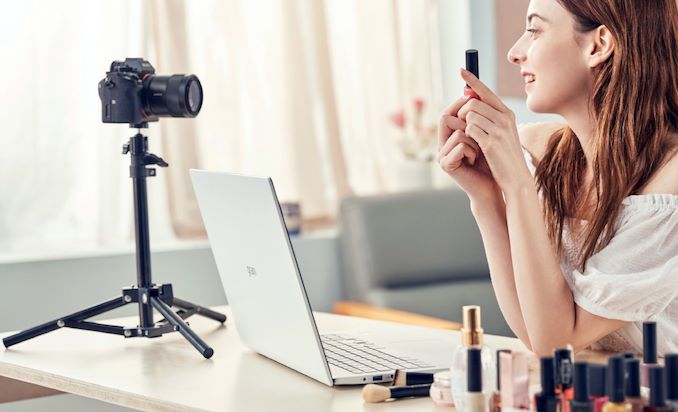 LG’s new gram 17 laptop comes with a rather massive 80-Wh battery and while the manufacturer does not publish specific battery life figures, paired with an Ice Lake-U chip it should be enough for at least a day.

LG will start sales of its next-generation gram 17 notebook sometimes in early 2020. Expect to see the company reveal more about the laptop at CES.