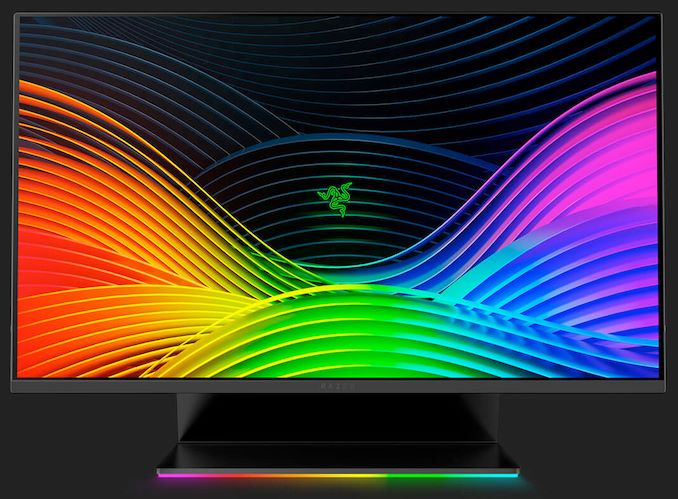 Razer this week started sales of its unique Raptor 27 gaming display, which it first introduced earlier this year. The monitor packs numerous gaming-oriented features such as AMD’s FreeSync, and it comes in a one-of-a-kind stand that offers some relatively extreme tilt options, as well as programmable Razer Chroma RGB lighting on the bottom.

The Razer Raptor 27 is a non-glare 27-inch IPS display featuring a 2560×1440 resolution, a 420 nits peak luminance, a 1000:1 contrast ratio, a 144 Hz maximum refresh rate, and a 1 ms ULMB response time; all of which is fairly typical for an IPS QHD gaming monitor nowadays. A more unique feature of the Raptor 27 is its internal 10-bit dimming processor that, as its name suggests, controls the backlighting. The same processor seems to be responsible for managing the backlight's total color gamut, allowing the monitor to cover 95% of the DCI-P3 color space, something that not all gaming LCDs can do. 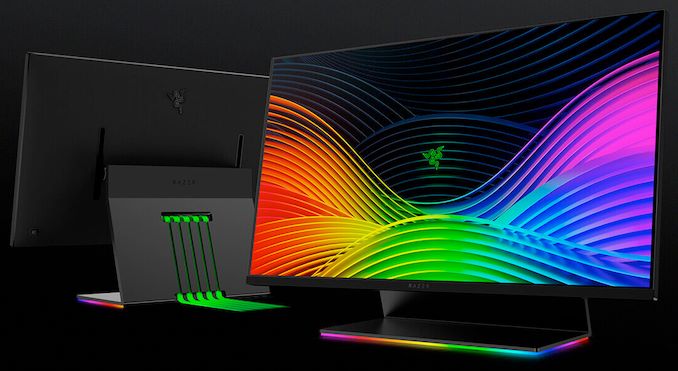 Meanwhile, as a gaming monitor, the Raptor 27 supports AMD’s FreeSync variable refresh rate technology, and is also listed as NVIDIA G-Sync compatible. The monitor is also HDR capable, as the VESA DisplayHDR 400 badge will attest to, but like other DisplayHDR 400 monitors, only marginally so.

Meanwhile the chassis of the Raptor 27 sports ultra-thin 2.3-mm bezels on three sides, as well as a CNC-machined stand with integrated cable management. The stand can tilt all the way to 90º, providing easy access to display's inputs.

Speaking of inputs, the Raptor 27 has a DisplayPort 1.4 input, an HDMI 2.0b port, and a USB Type-C port (with DP 1.4 alt-mode) that can also power a laptop. For peripherals, the monitor offers a dual port USB 3.0 Type-A hub, as well as a headphone jack.

Razor's Raptor 27 monitor is hitting the streets at $699, which brings it in at the high-end of the prce range for 27-inch gaming displays with comparable characteristics. 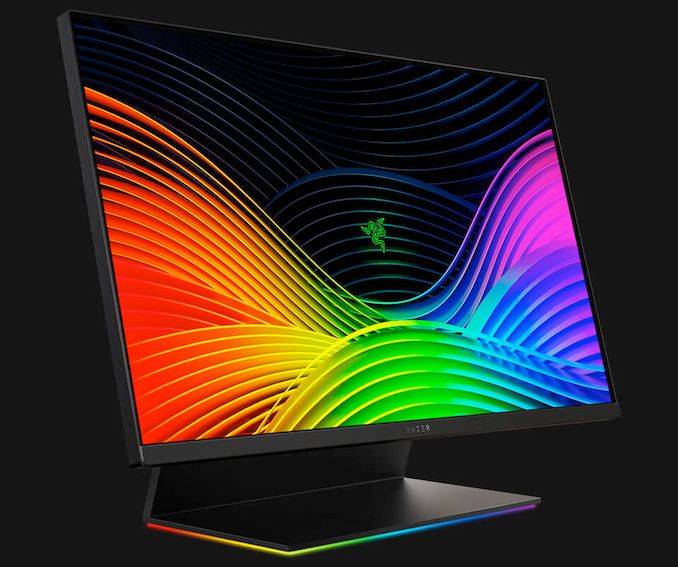