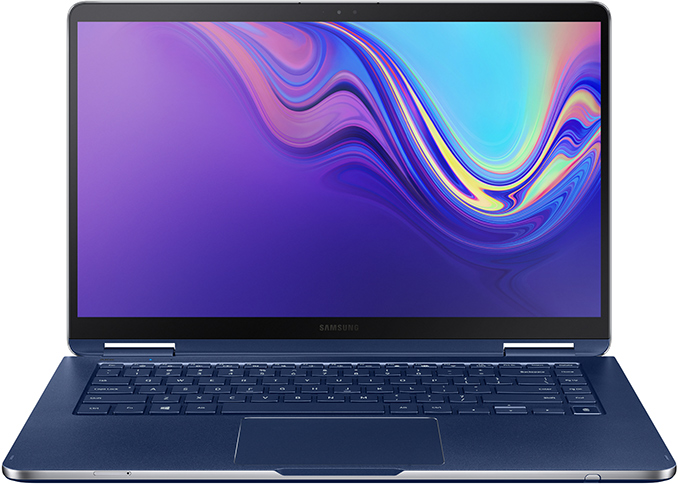 Samsung on Thursday introduced its next-generation Notebook 9 convertible laptops that will hit the market next year. The new lineup of convertibles includes models with a 13.3-inch display or a 15-inch display. These models and are aimed at professionals who need performance of Intel’s Core i7 CPUs along with convenience of a stylus in a relatively portable package. Also notable is that the new systems are the industry’s first PCs from a renowned brand to feature a UFS card reader.

Samsung’s Notebook 9 lineup of notebooks is well known and respected for its portability and moderate pricing. The company has been expanding this product family for quite a while now, introducing the Notebook 9 Pro in mid-2017, the Notebook 9 Pen in late 2017, and the Notebook 9 Spin convertibles somewhere along the line, creating some confusion. Since the “Pro” and the “Pen” have a lot in common, it looks like Samsung is going to merge these two lineups into one starting next year. Since the new Notebook 9 Pen hybrid laptops will have to address slightly different audiences, Samsung had to significantly alter design of its 13.3-inch Notebook 9 Pen convertible machine: the new one features a higher-capacity battery, but a bit thicker profile and a higher weight (15.9 mm, 1.12 kilograms). 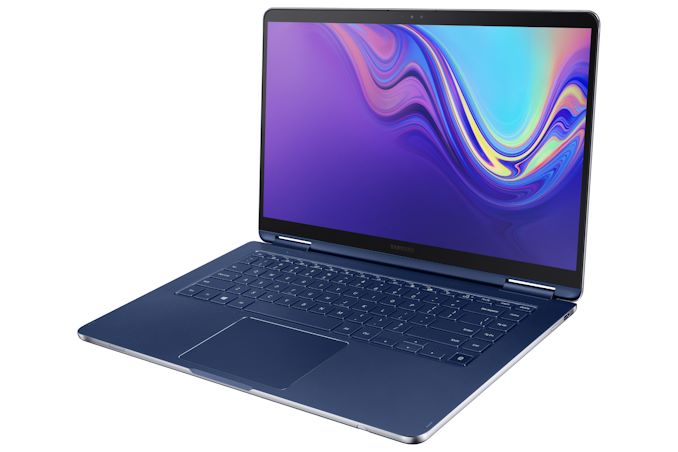 Despite different display sizes (yet both featuring a Full-HD resolution) and overall dimensions (see the table below for exact numbers), the new Samsung Notebook 9 Pen 13 and Notebook 9 Pen 15 resemble each other a lot. Both systems come in a CNC-machined aluminum chassis with Ocean Blue finish. 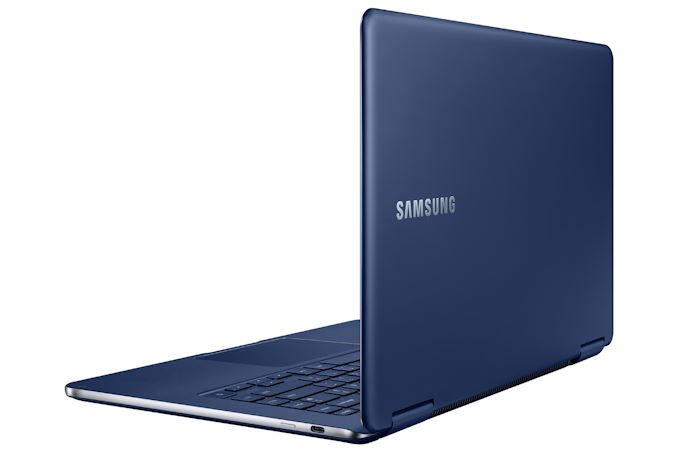 The new units ship with Samsung’s new S Pen stylus that is stored inside the chassis, can sense 4,000 levels of pressure, has tilt sensitivity, and features a reduced latency when compared to the existing model. Perhaps, the most interesting feature of the tiny device is swappable tip for different types of work. Both machines are equipped with a 54 Wh battery that provides up to 15 hours of battery life on one charge in the best-case scenario. 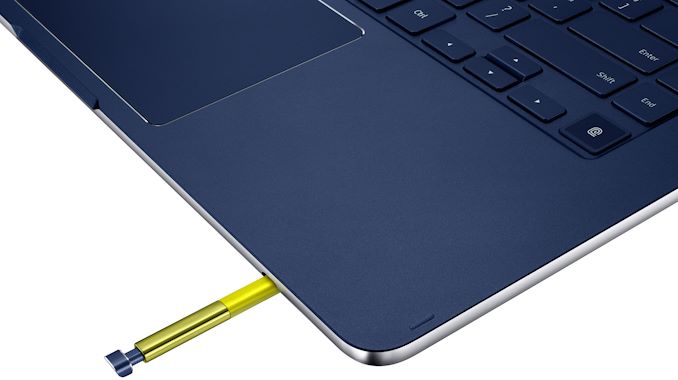 Hardware wise, both Notebook 9 Pen systems are based on Intel’s 8th Gen Core i7 processor (think quad-core Whiskey Lake) accompanied by LPDDR3 memory, and a PCIe/NVMe SSD. The 13.3-inch model relies on Intel Graphics UHD 620 iGPU, whereas the 15-inch SKU has an NVIDIA’s GeForce MX150 discrete GPU paired with 2 GB of RAM for extra graphics oomph. 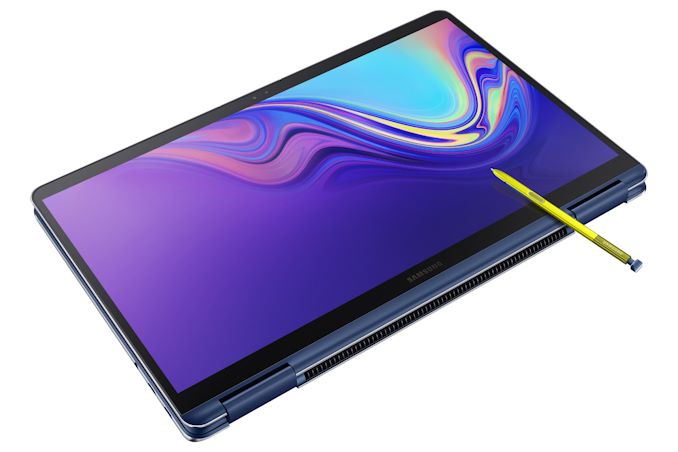 I/O capabilities are strong selling points of Samsung’s Notebook 9 Pen. The upcoming hybrid PCs from Samsung have a 802.11ac Wave 2 Wi-Fi + Bluetooth controller featuring Gigabit-class performance, two Thunderbolt 3 ports, a USB Type-C connector, stereo speakers co-developed with AKG, a microphone, a TRRS audio input/output, and a UFS + microSD card reader. The latter deserves a special attention as this is the first time when a renowned PC maker launches a laptop with a UFS card reader. Being the main driving force behind the UFS specification, Samsung yet has to support these high-performance cards on its other products and we can only wonder why the company has not done so thus far. In the meantime, the fact that Samsung’s new laptops have a UFS card reader may indicate that the company has plans to enable UFS support on other devices as well. 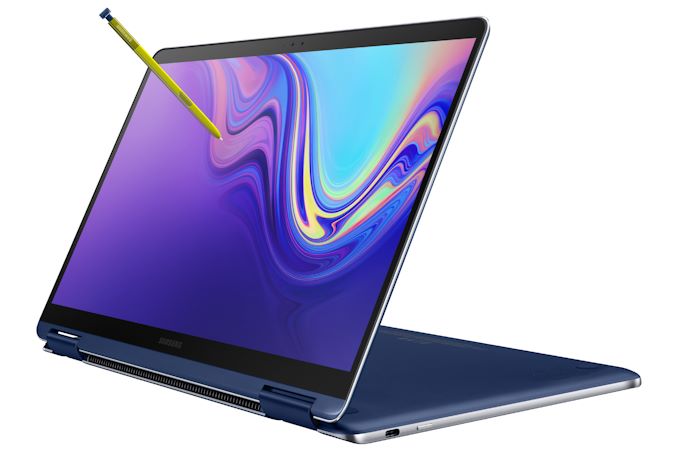 When it comes to security, Samsung’s Notebook 9 Pen systems are outfitted with a fingerprint reader along with an HD webcam featuring IR sensors for Windows Hello facial recognition.

Samsung plans to demonstrate the new Notebook 9 Pen machines next month at CES. Also at the show the company will disclose exact specs of the convertible notebooks as well as prices.

Samsung plans to demonstrate the new Notebook 9 Pen machines next month at CES. Also at the show the company will disclose exact specs of the convertible notebooks as well as prices.