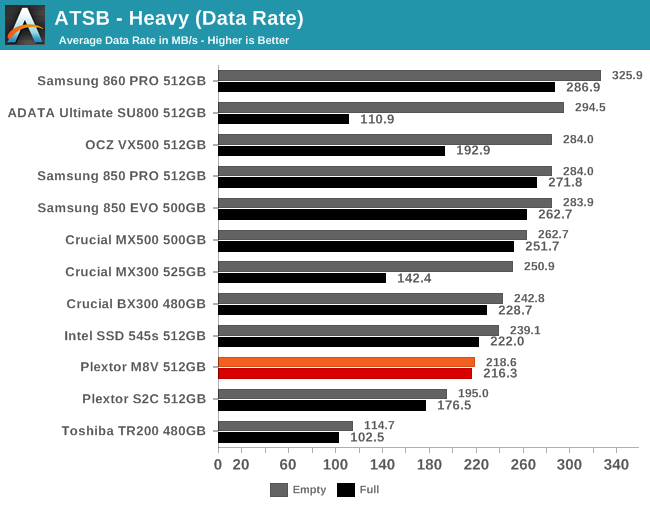 The Plextor M8V has a slower average data rate on the Heavy test than most mainstream SATA SSDs, but it retains almost all of that performance when the test is run on a full drive. This gives it a clear advantage over last-generation drives like the Crucial MX300 and ADATA SU800 that have higher peak performance but don't hold up well under pressure. 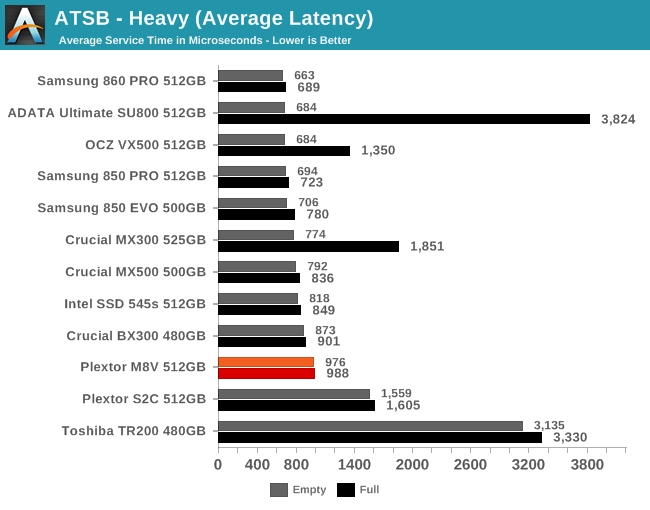 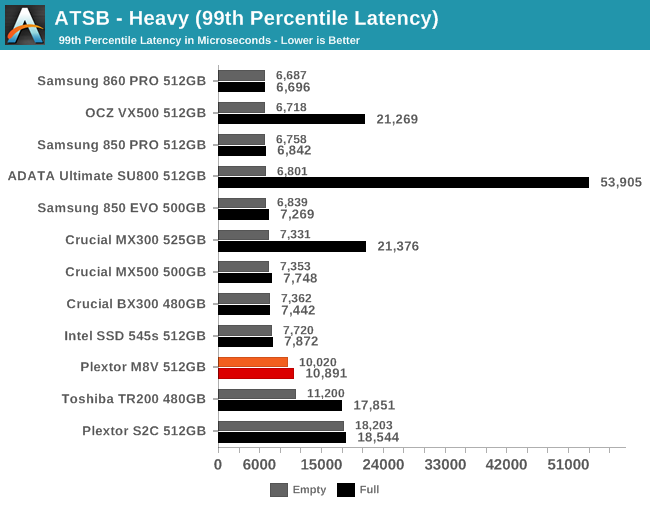 The average and 99th percentile latencies of the Plextor M8V on the Heavy test are higher than for any of its current-generation competitors, but the M8V isn't one of the huge outliers. 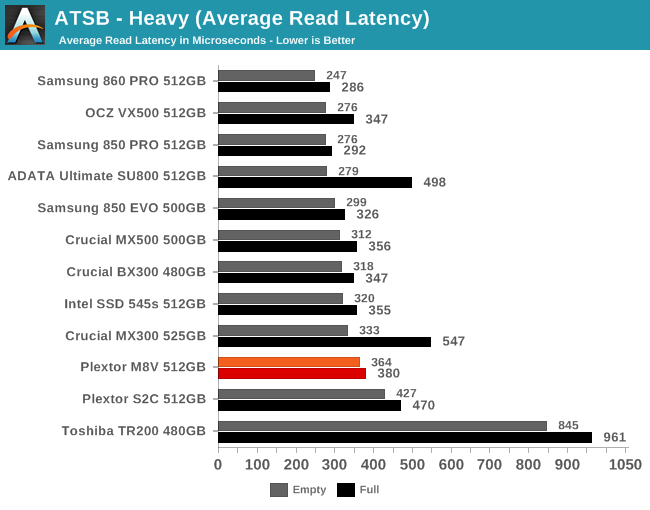 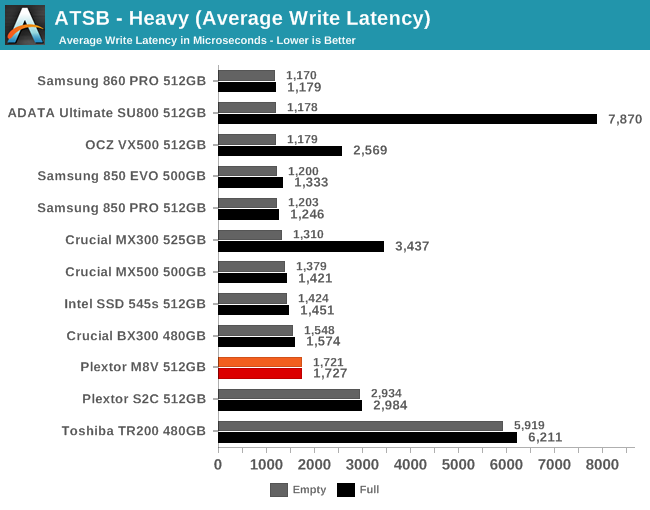 Both the average read latency and average write latency scores from the M8V are slightly higher than normal for mainstream SATA drives, but the differences aren't big enough to worry about. 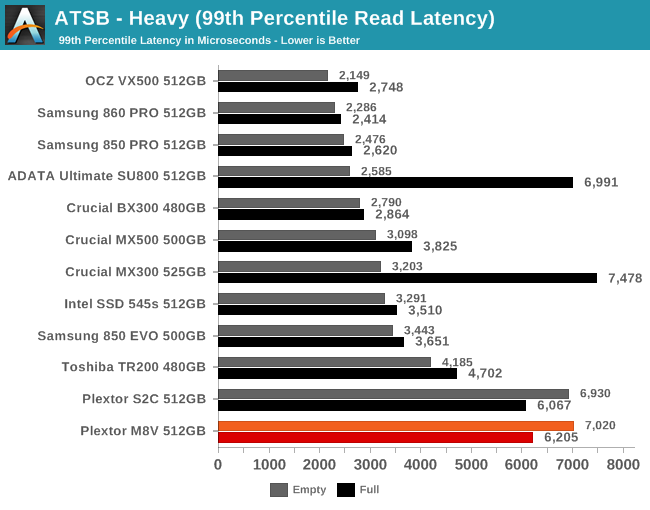 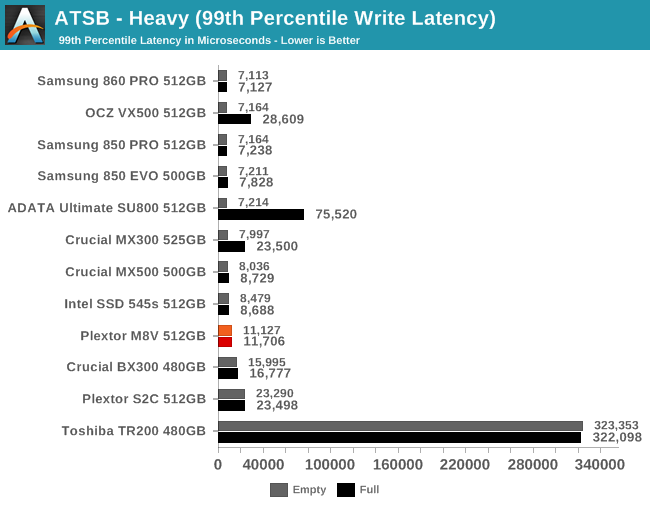 The 99th percentile read latency of the M8V is unusually poor, matching the Plextor S2C and substantially exceeding all the competitors, even the Toshiba TR200. The 99th percentile write latency is not an extreme outlier, merely a bit higher than what the top-tier SATA drives provide. 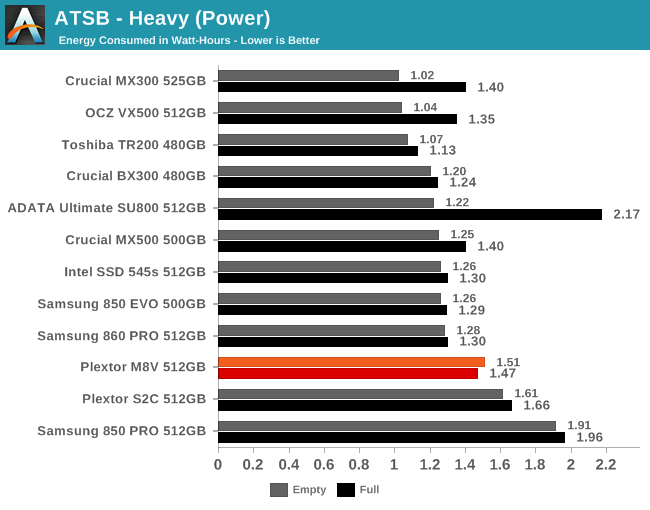 The energy usage by the Plextor M8V on the Heavy test is clearly higher than most SATA drives, but by a fairly small margin.