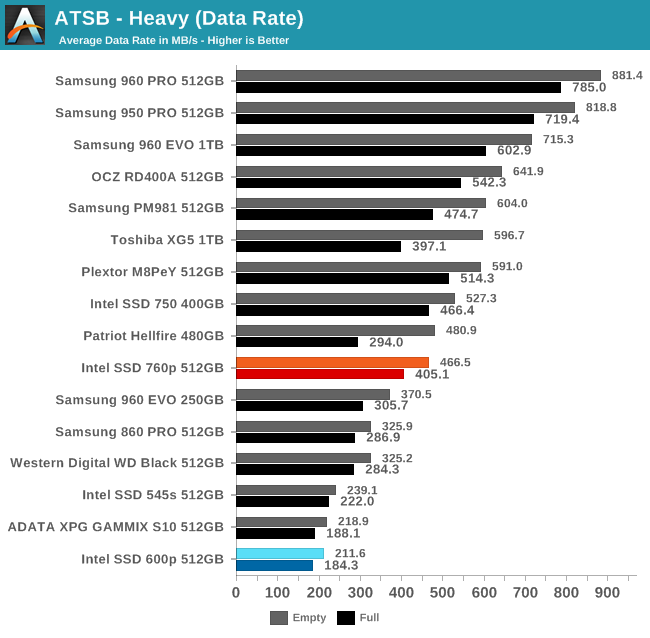 The average data rate of the Intel SSD 760p on the Heavy test makes it clear that the 760p is not a high-end NVMe drive, but it does perform much better than SATA SSDs and previous low-end NVMe SSDs. The 760p also handles being full relatively well, so its SLC caching strategy seems well done. 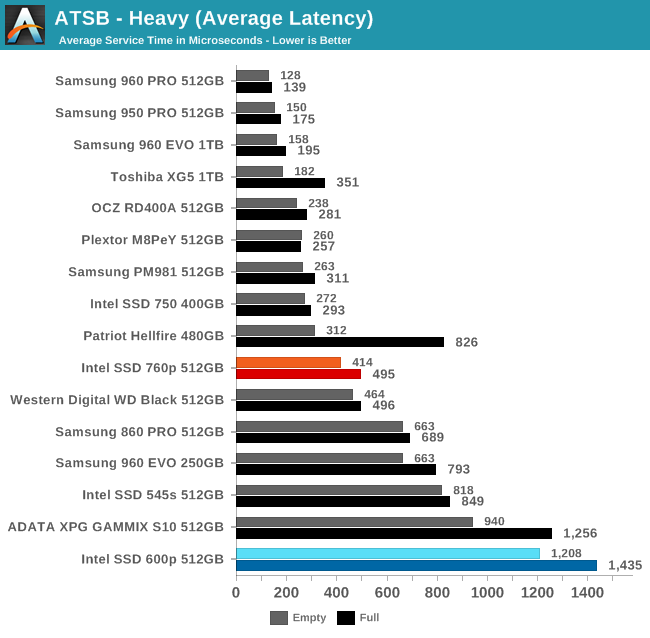 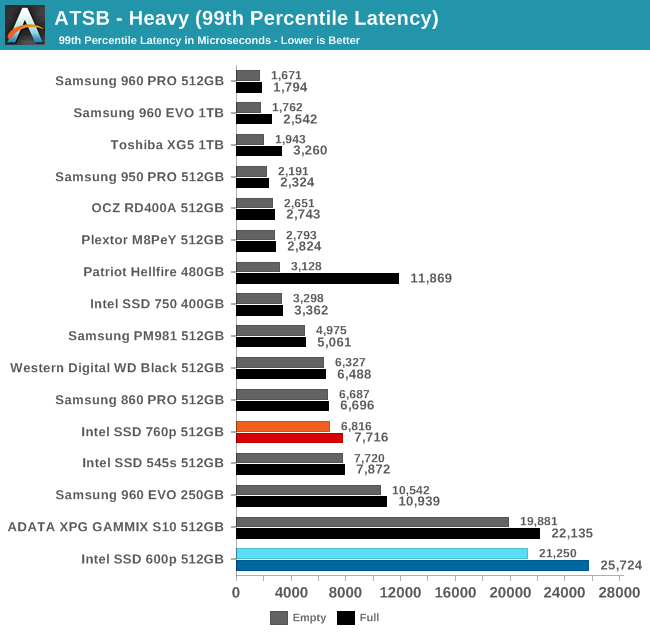 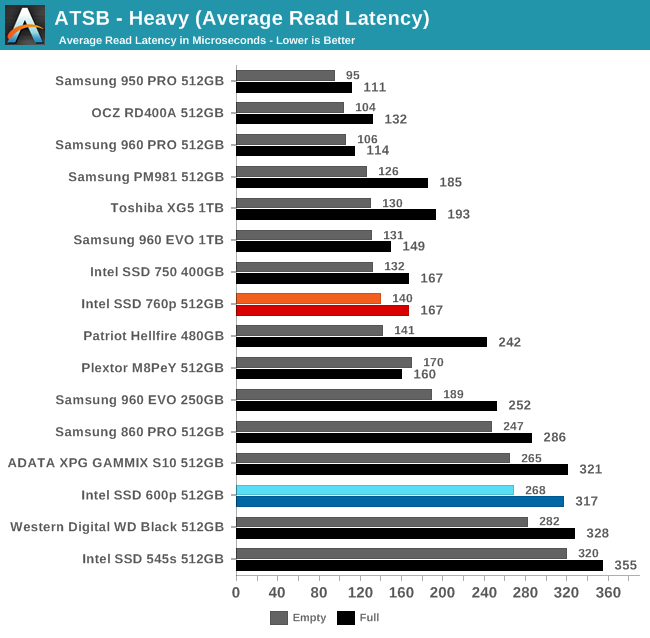 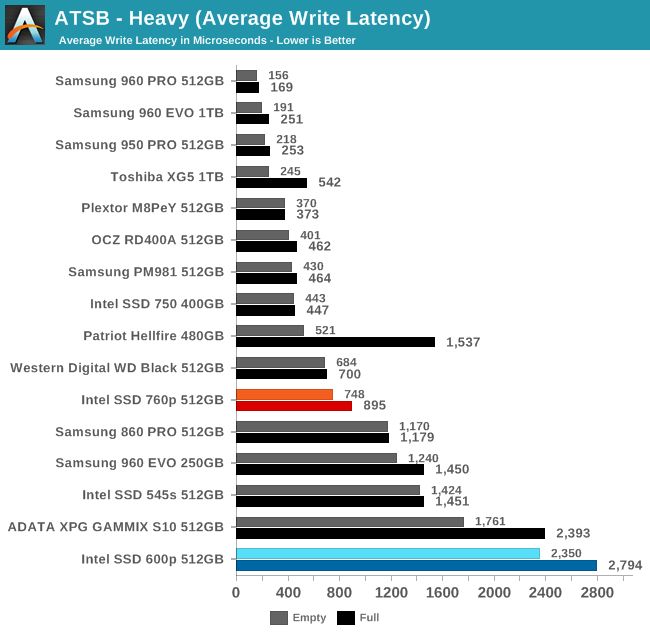 The average read latencies of the Intel SSD 760p on the Heavy test are not quite as good as a high-end NVMe SSD but are definitely close enough for a product this cheap. The average write latencies are more in line with some of the better previous budget NVMe SSDs, and are close to the level of SATA SSDs. 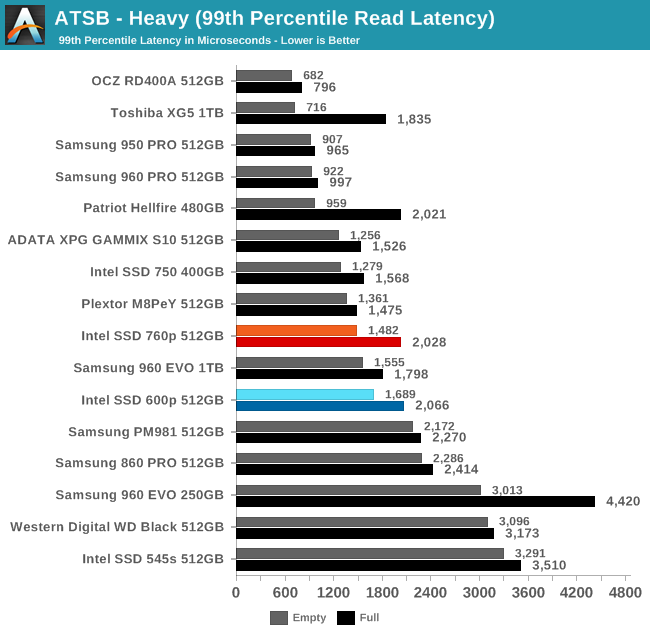 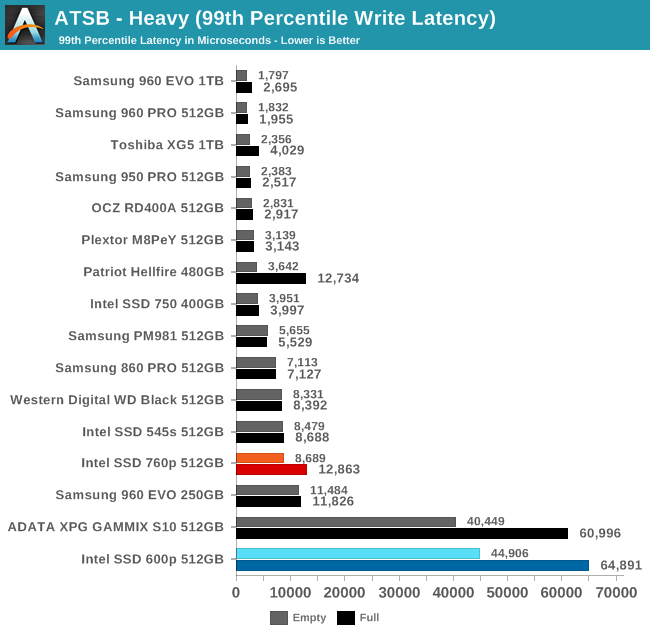 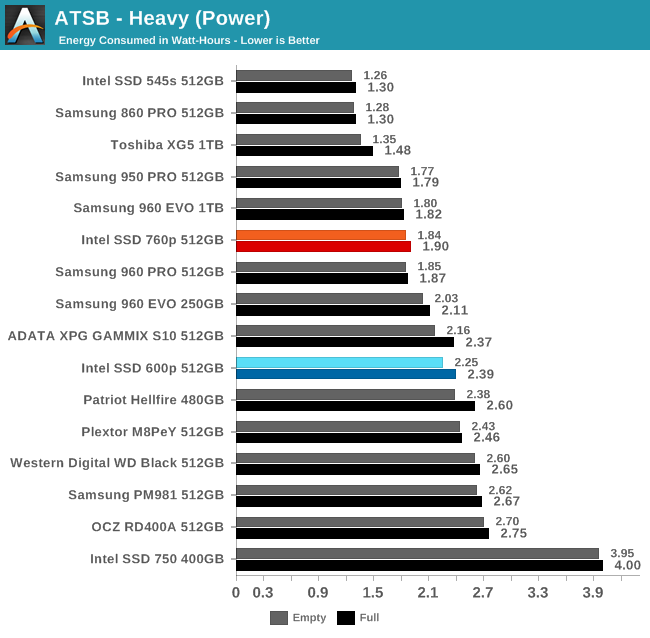 As with The Destroyer, the Intel SSD 760p shows very good power efficiency by NVMe standards, but the SATA drives and the Toshiba XG5 show that there's still room for much improvement.