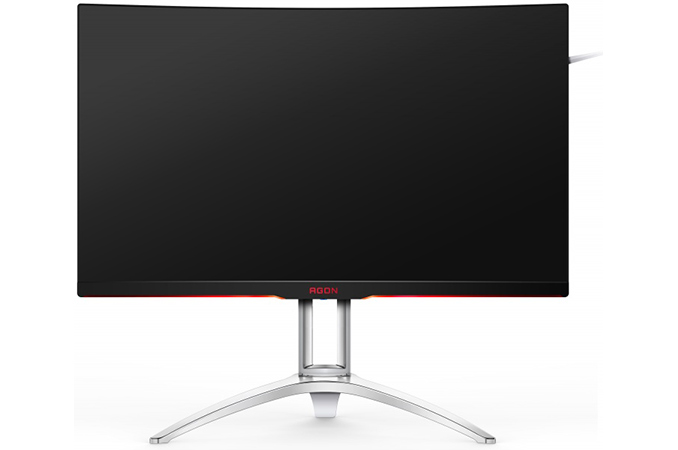 AOC has introduced two new curved gaming monitors as part of the AGON family, the AG322QCX and the AG272FCX. The new monitors feature rather high refresh rates along with VESA’s Adaptive-Sync technology (which generally means support for AMD’s FreeSync). The displays have a number of similarities, but are aimed at different segments of the market, with varying prices and feature sets.. 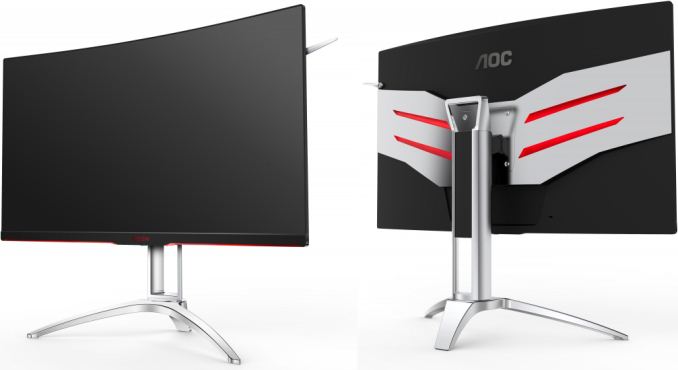 As for connectivity, the AGON AG272FCX has a D-Sub(!), DisplayPort, and two HDMI inputs, whereas the AGON AG322QCX comes with two HDMI and two DisplayPort inputs. The smaller display also has a dual-port USB 3.0 hub as well as integrated 3 W stereo speakers, two logical features for an entry-level monitor. By contrast, the larger screen is a much more straightforward pure monitor, which is par for the course as higher-end monitors rarely ship with speakers since customers usually already have external speakers/headphones. A more important drawback is the lack of any HDCP support on the AG322QCX, which greatly limits the monitor's ability to be used with protected HD video content such as Blu-rays or Netflix streaming.

When it comes to visual aesthetics, the new AGON displays feature ultra-thin bezels as well as an aggressive design that highlights their gaming nature. Furthermore, the monitors have four large LEDs with adjustable colors (red, green, blue) located on the back and two located on the bottom edges of the displays.

The addition of these latest AGON displays brings AOC to a total of four curved monitors introduced under the brand in the last few months, joining the company's previously launched ultrawide curved monitors and making these the company's first curved 16:9 monitors. So it appears that AOC is pinning a lot of its hopes for the AGON brand on curved gaming screens with high refresh rates designed for gamers.