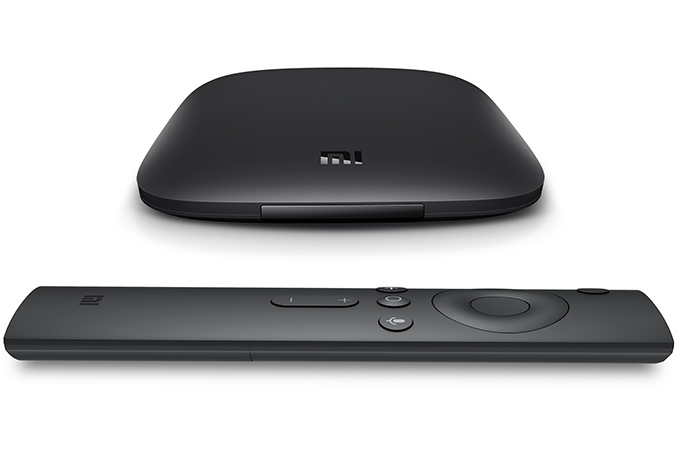 Xiaomi has officially started to sell its Google Android TV 6.0-based set-top-boxes in the U.S. The Xiaomi Mi Box STB boasts with a rather powerful SoC, an HDMI 2.0a (4K, 60 fps, HDR) video output, a Bluetooth remote with voice search feature as well as a $69 price tag. The combination of modern, capable hardware and a relatively affordable price will improve chances of Xiaomi’s STB to become popular among those who use Google's Android TV platform.

The Xiaomi Mi is powered by Amlogic’s S905X-H SoC (four ARM Cortex-A53 cores at 2.0 GHz, five ARM Mali-450MP clusters) and is equipped with 2 GB of DDR3 memory, 8 GB of NAND flash, a wireless module supporting Wi-Fi 802.11ac and Bluetooth 4.0, a USB port as well as an HDMI 2.0a output with HDCP 2.2 and CEC. Xiaomi bundles a Bluetooth remote with a mic and voice search feature with its STB for extra convenience. In addition, the company sells its Mi Game Controller for those, who would like to play Android games on TV.

Since the STB runs Android TV 6.0, it supports various popular streaming services (including those from Google, Hulu, Netflix, Pandora, VUDU and so on) and TV channels via apps (such as CNN, Disney and ESPN) out-of-the-box. Furthermore the box is also capable of acting as a Google Cast receiver, which allows it to work with applications that support casting but not stand-alone Android TV. This is especially notable since Google also announced their similarly priced Chomrcast Ultra this week, whose primary feature is 4K support as well. This gives the Mi Box a leg up on paper, since it should be able to do most of what the Chromecast can do while adding its Android TV capabilities on top of that.

The hardware and software of Xiaomi’s Mi Box supports the latest codecs and standards, including VP9 Profile 2, H.265, and  HDR10 (but not Dolby Vision). So owners of appropriate subscriptions and TVs can access more or less every audio/video format under the sun, including 4Kp60 video with HDR metadata or 1080p60 video with DTS 2.0 or Dolby Digital Plus audio (the STB also has an S/PDIF optical out and a 3.5-mm out for audio).

At present, there are not a lot of 4Kp60-capable Android TV media players. In fact, until now only NVIDIA’s SHIELD Android TV console supported 4K at 60 fps along with HDR, so the launch of the Xiaomi Mi Box gives owners of UHDTVs a second Android TV option. The Mi Box is nowhere near as powerful for non-video tasks, but at $69, it's considerably more affordable than the $199 console from NVIDIA.

The Xiaomi Mi Box is available right now from Mi.com and will also be sold by Walmart in the coming days or weeks.