The GIGABYTE GB-BXi7H-5500 was evaluated using our standard test suite for low power desktops / industrial PCs. We revamped our benchmark suite early last year after the publication of the Intel D54250WYK NUC review. We reran some of the new benchmarks on the older PCs also, but some of them couldn't be run on loaner samples. Therefore, the list of PCs in each graph might not be the same.

PCMark 8 provides various usage scenarios (home, creative and work) and offers ways to benchmark both baseline (CPU-only) as well as OpenCL accelerated (CPU + GPU) performance. We benchmarked select PCs for the OpenCL accelerated performance in all three usage scenarios. These scores are heavily influenced by the CPU in the system. The i7-5500U is obviously not as powerful as the i7-4770R in the BRIX Pro. As mentioned before, the main tussle is between the BXi7-4500 and BXi7H-5500, and here, the Broadwell-based unit takes a handy lead in all the Futuremark benchmarks. Note that both units were benchmarked with 16 GB of DDR3L memory running at 1866 MHz. This makes it more of a comparison of the CPUs themselves, rather than the rest of the system components. 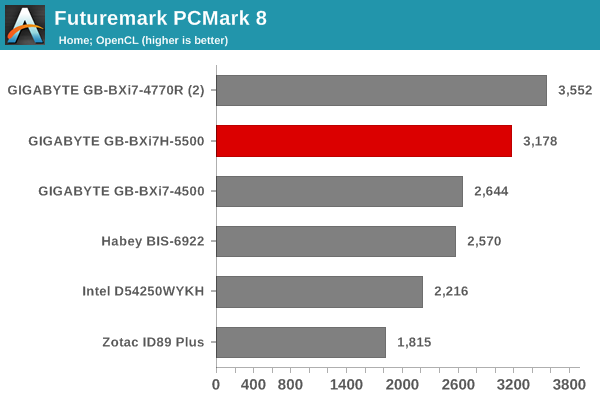 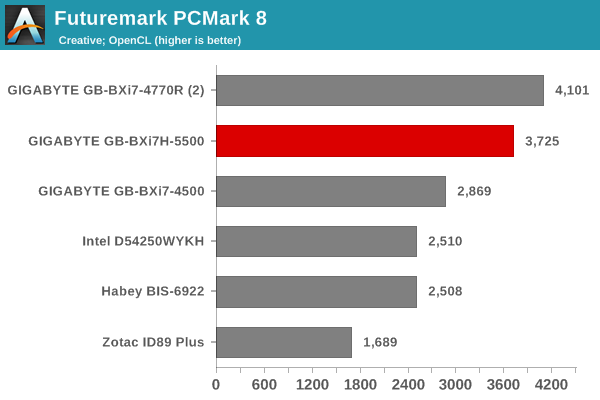 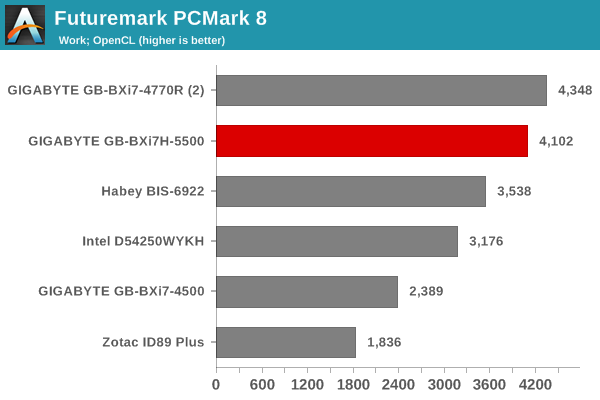 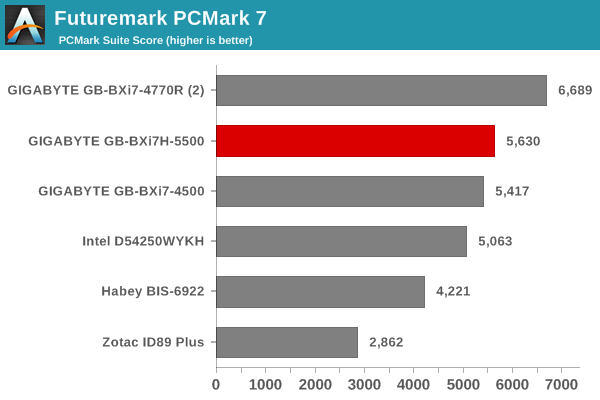 In the graphics department, we again see the i7-5500U perform better than the i7-4500U. The difference is very marked in the low end and mainstream tests, while the extreme high quality benchmarks still don't seem to be the Intel IGPs' cup of tea. 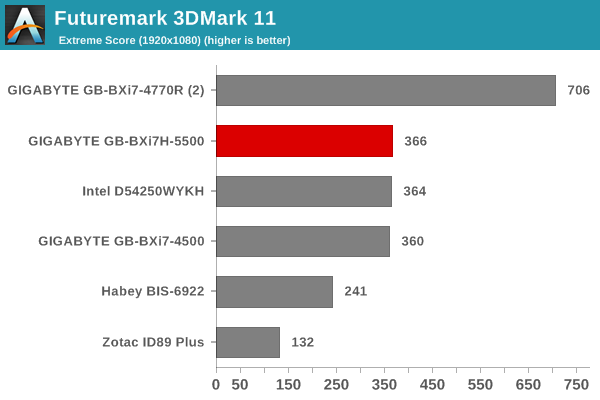 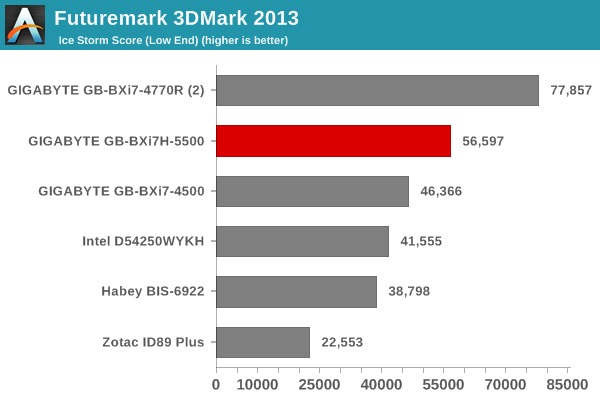 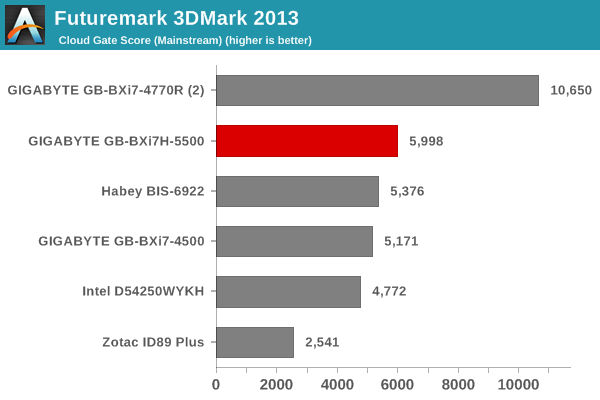 We have moved on from R11.5 to R15 for 3D rendering evaluation. CINEBENCH R15 provides three benchmark modes - OpenGL, single threaded and multi-threaded. Evaluation of select PCs in all three modes provided us the following results. There is a slight improvement in the performance of the i7-5500U compared to the i7-4500 - mainly due to the higher clocks that can be sustained by the former while remaining under the required power envelop. 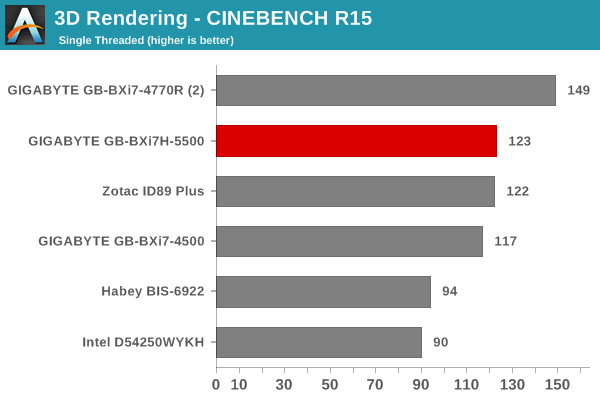 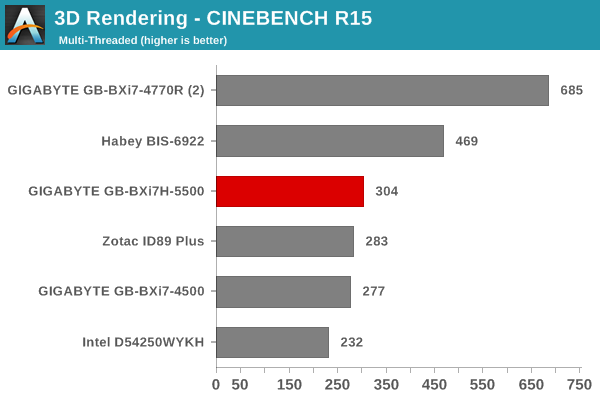 The OpenGL performance shows improvement, thanks to the updated GPU architecture, higher base clocks for the GPU and, possibly, driver updates. 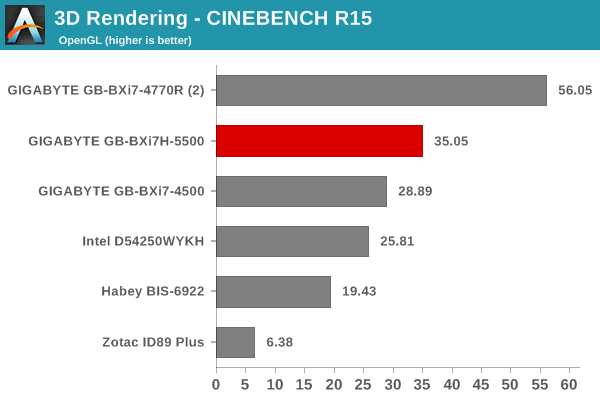