HP to Discontinue webOS Hardware, Discussing the Future of webOS

HP just announced its plans to discontinue operations on webOS devices, specifically the recently announced TouchPad and webOS phones. The future of webOS is uncertain as HP simply added that it would "continue to explore options to optimize the value of webOS software going forward". This likely means that HP is looking to either license out the software or dump it in an outright sale.

At this point I don't know that HP needs to be at the helm of the webOS project. Licensing it out could generate short term revenue from companies looking to hedge their bets against Google/Motorola, but unless HP takes on a development partner I don't know that there's much of a future for webOS under HP's command.

That leaves an outright sale. It's clear that HP wants to focus its business on the high margin enterprise space where success is a bit more guaranteed and away from the ultra competitive, regularly shifting consumer and ultra mobile markets. I firmly believe HP could have made Palm/webOS successful, but it would have to be commited to the platform for the long haul (read: 5+ years). 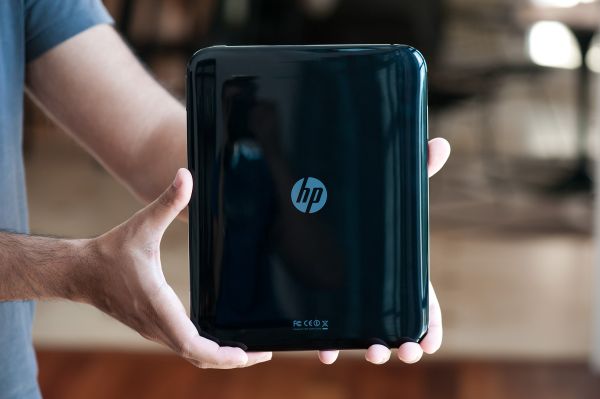 Who could do better with webOS? ASUS, HTC, Intel and Samsung all come to mind. The three Android partners could be interested in giving the vertically integrated route a try. As I mentioned in my review, had the TouchPad been free of bugs and performance issues it would be the best tablet on the market. Any of the three Android partners could continue to fund webOS development and leverage their hardware expertise. Unfortunately neither ASUS, HTC nor Samsung has a particularly great history of software development so any of them would be a risk.

Intel is the wild card here. After Nokia's recent unveiling of its first MeeGo phone it became very clear just how much potential the OS had. With Nokia's departure from the MeeGo partnership that leaves Intel without a hardware partner and not a tremendous need for new software. That being said, Intel has clearly expressed interest in supporting an alternative mobile OS that's truly open. An Intel purchase of webOS would at least put the project in the hands of a company that has real vision and the ability to execute it.

I feel for the folks who did the impossible at Palm and created webOS in the first place. As a company Palm just needed resources to finish its task. HP looked like the home that could provide just that but in the end it ended up being another unfortunate roadblock for what was one of the most promising OSes in the mobile space.

Unless the perfect acquisitor steps forward, I'm afraid webOS may end up being the latest casualty of consolidation in the smartphone/tablet space.