The Motorola Xoom Giveaway, Round 2

NVIDIA, eager to parade its success with Tegra 2, shipped me a box containing four WiFi Motorola Xooms to give away to our most loyal readers. We're still trying to contact the winner of the first Xoom. Remember you have seven days to claim your prize otherwise you forefit it. Also remember that the contest is only available to legal residents of the United States (excluding Puerto Rico). Be sure to read the eligibility section to make sure you aren't disqualified if you win!

Here's a shot of the remaining three: 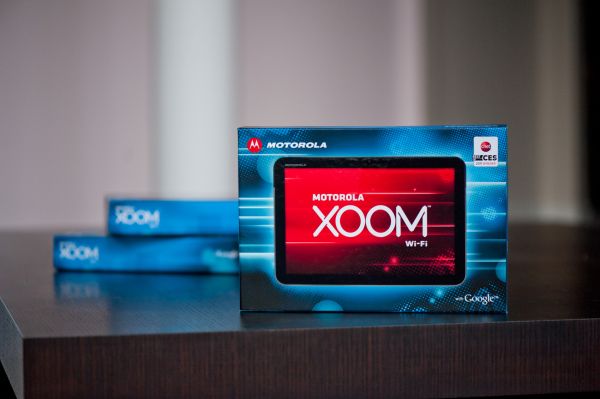 We'll be giving one away every two days until we're out of WiFi Xooms. Sound like a plan?

Now the basic rules. The contest is only available to US residents and you're only allowed to enter once - for full details read below.