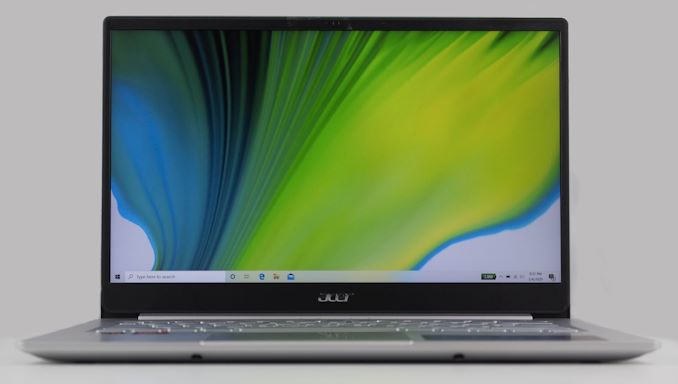 Almost two years ago to the day, we had a chance to check out Acer’s Swift 3 laptop featuring AMD's first Ryzen Mobile platform, Raven Ridge. Acer has been a strong partner for AMD, generally being one of the first out of the gate with new designs featuring AMD’s latest platforms, and this year that partnership has played out again. Today we are taking a look at the newest AMD APU offering, the Ryzen 4000 "Renoir", which is at the heart of Acer’s latest iteration of the 14-inch Swift 3. With a brand-new AMD processor and some innovations in the Swift 3 design itself, both AMD and Acer have made some tremendous improvements for 2020.

The big news for 2020 is AMD’s new APU platform, codenamed Renoir. Selling as the Ryzen 4000 series, these new APUs bring a number of major updates to AMD's platform, as the company further sands down the rough edges from the Ryzen 3000 Picasso series. Key to this is a much-needed jump from GlobalFoundries' 12nm process to TSMC's class-leading 7nm process, giving AMD a much-wanted boost in transistor performance and overall energy efficiency. Coupled with a number of further optimizations at the chip and driver level, and AMD's latest APUs are proving far better suited for thin-and-light mobile designs than their predecessors.

Under the hood, like AMD's desktop processors introduced last year, the new Ryzen 4000 series APUs are the first laptop-focused products from AMD which feature their Zen 2 CPU cores. Designed hand-in-hand with TSMC's 7nm process, the Zen 2 architecture has further boosted AMD's performance across both IPC and clockspeeds, and the small cores have allowed AMD to get away with 8 of them in even a laptop APU. Meanwhile the iGPU is based on the same Vega architecture graphics as both the 2000-series and 3000-series APUs, but in a new configuration. Thanks to TSMC’s 7nm process, AMD has been able to crank up the GPU frequency much higher than before – so much higher that they’ve actually scaled back on the number of GPU compute units, while still promising improved GPU performance over the previous generation of APUs. 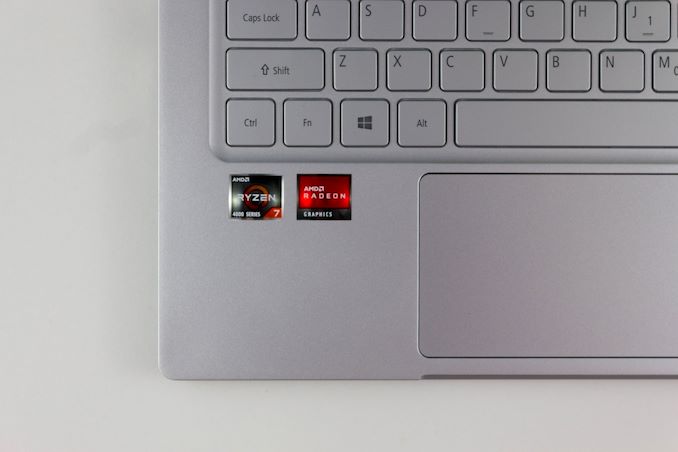 Ian had a chance to take the new Ryzen 4000 platform for a spin in early April, although that sample was the 45-Watt H series. Many of the concepts carry across though, so if you’ve not yet had a chance to catch up on Renoir, be sure to check out the Ryzen 9 4900HS review. The 45-Watt processor range is pretty much the standard in high-performance notebooks, but the vast majority of laptops on the market stick to the lower-powered 15-Watt range, which is what we have in the Acer Swift 3.

Acer has opted for what is likely to be one of the most popular SKUs in the AMD Ryzen 4000 range, the Ryzen 7 4700U. AMD has gone a very non-traditional route for this part, offering eight physical CPU cores, but disabling simultaneous multithreading (SMT). All of AMD’s H-Series lineup of 45-Watt processors do offer SMT, but only two of the new U-Series provide this, with the Ryzen 5 4600U offering 6 cores and 12 threads, and the Ryzen 7 4800U providing 8 cores and 16 threads, all in the 15-Watt thermal design power (TDP) that is so common on laptops. In the typical 15-Watt laptop space, AMD is the first to offer 8 cores, just not always with SMT.

On the GPU side, the Ryzen 7 4700U offers 7 Vega-architecture Compute Units (CUs), with a maximum clockspeed of 1600 MHz. Compared to the previous generation Ryzen 7 3700U, the GPU drops three compute units, but bumps the maximum frequency from 1300 MHz to 1600 MHz, so we shall see where this plays out in terms of performance.

Acer has managed to bundle a lot of product into the Swift 3. The 14-inch notebook features a 1920x1080 IPS display that, albeit lacking touch support, does get showcased well thanks to the Swift 3's thin bezel surround. The laptop ships with 8 GB of DDR4-3200, and though we would have loved to see LPDDR4X, the capacity is what is important here, and 8 GB is a good amount for a budget-friendly laptop like the Swift 3. Also, Acer has managed to outfit this notebook with a 512 GB SSD, which is fantastic. They will also be offering a less-expensive version with a Ryzen 5 4500U, 8 GB of RAM, and a 256 GB SSD.

Despite the strong APU, RAM, and storage offerings, Acer is not done there. The Swift 3 also features Wi-Fi 6 thanks to Intel’s AX200 wireless adapter, which means 2.4/5.0 GHz wireless support with 160 Mhz channels if your router is has the correct capabilities. There’s also an integrated fingerprint reader for Windows Hello Support, and the entire package is contained in an all-aluminum chassis which weighs just 1.2 kg / 2.65 lbs. Considering the $649 MSRP, this is an incredible value.