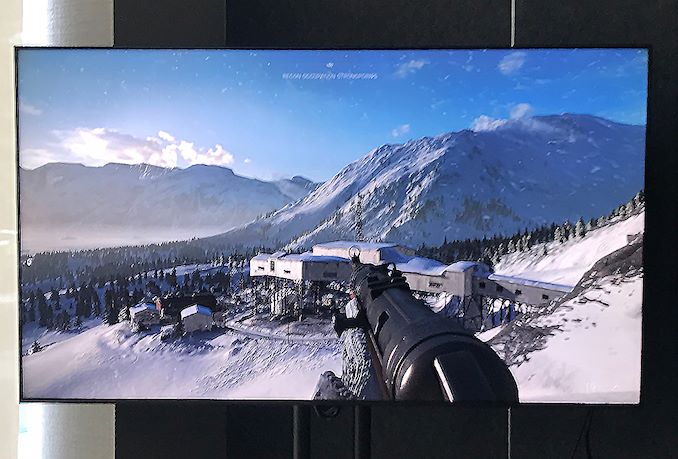 Advanced displays clearly drive sales of higher-end GPUs, so NVIDIA has multiple initiatives to make high-end gaming monitors available. One of such initiatives is the BFGD (big format gaming display) project and it is designed to bring ultra-large gaming LCDs to the market. BFGD is currently supported by several suppliers of displays, but at present only HP’s Omen X 64.5-incher is available. This is going to change later this year as ASUS is prepping to launch its own BFGD. 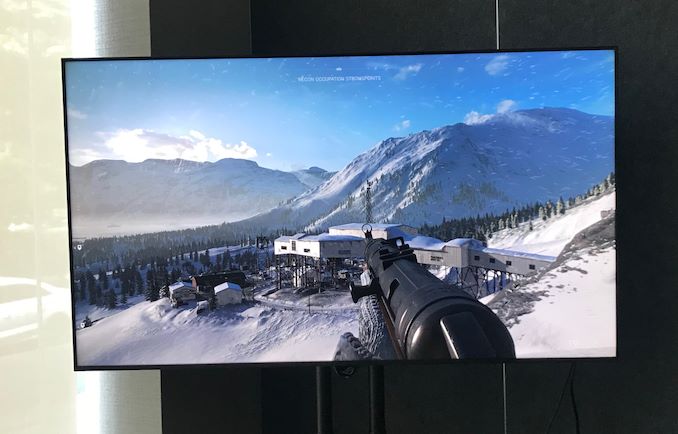 While the ROG Swift PG65UQ uses the same panel as HP’s Omen X Emperium, the monitor is configured differently. Unlike HP, ASUS decided not to equip its 64.5-inch gaming display with a high-end sound bar as well as an integrated NVIDIA Shield STB. Meanwhile, the display still has a USB hub and an IR receiver.

The decision not to offer a soundbar and the STB is pretty logical as hardcore gamers (especially among the ROG clientele) tend to use gaming speakers of their choice. Besides, without the soundbar and the STB the monitor costs less and potentially enables ASUS to sell it at a lower price point than HP. 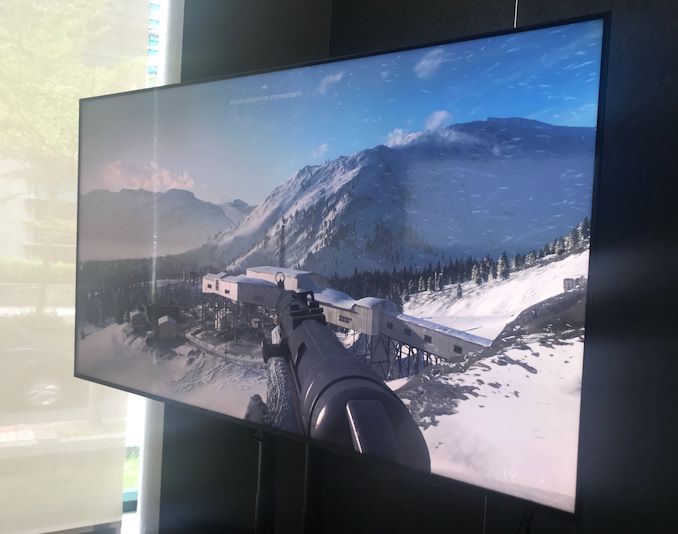 So far, ASUS has not announced a firm launch date as well as MSRP for the ROG Swift PG65UQ, but NVIDIA is already demonstrating the monitor, so the unit appears to be more or less ready.