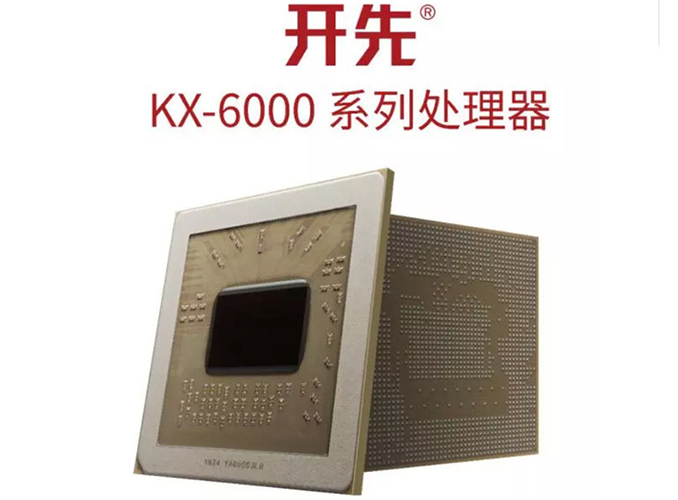 Zhaoxin, a joint venture between Via Technologies and the Chinese government, this week for the first time displayed its upcoming x86-compatible CPU, the KaiXian KX-6000. The SoC features eight cores running at 3 GHz and increases performance over its predecessor by at least 50%.

The KaiXian KX-6000 is a successor to the KX-5000 CPU launched earlier this year. Both chips integrate eight-core x86-64 cores with 8 MB of L2 cache, a DirectX 11.1-capable iGPU with an up-to-date display controller, a dual-channel DDR4-3200 memory controller, contemporary I/O interfaces (PCIe, SATA, USB, etc), and so on. The key differences between the KaiXian KX-5000 and the KaiXian KX-6000 are frequencies and manufacturing technology: the former is produced using TSMC’s 28 nm fabrication process and runs at up to 2 GHz, whereas the latter is made using TSMC’s 16 nm technology and operates at up to 3 GHz. Zhaoxin claims that the Kaixian KX-6000 offers compute performance comparable to that of Intel’s 7th Generation Core i5 processor, which is a quad-core non-Hyper-Threaded CPU. Obviously, performance claims like that have to be verified, yet a 50% performance bump over the direct predecessor already seems beefy enough.

As the picture below shows, the thinner manufacturing process enabled Zhaoxin to make the KaiXian KX-6000 die smaller when compared to the predecessor, which will eventually shrink its manufacturing cost. Meanwhile, the two processors use different HFCBGA packaging and therefore cannot use the same motherboards. Meanwhile it is unknown whether the new KaiXian KX-6000 is compatible with Zhaoxin’s USB 3.1 Gen 2-capable ZX-200 chipset.

The Zhaoxin KaiXian KX-6000 relies on the LuJiaZui microarchitecture, which is an evolution of the WuDaoKou microarchitecture that powers the KX-5000 processor introduced in early 2018. Based on what we know today, the LuJiaZui is an x86-64-compatible superscalar, multi-issue, out-of-order microarchitecture that supports contemporary instruction sets extensions like SSE 4.2 and AVX along with virtualization and encryption technologies. Zhaoxin has yet to disclose differences between its LuJiaZui and WuDaoKou designs. Therefore, all we can do is speculate that since the microarchitectures are launched within one year from each other they are very similar, but the newer one has minor optimizations that, perhaps, enable higher clocks, improved caching, better memory support, etc.

Zhaoxin has not announced when it plans to start commercial shipments of its KaiXian KX-6000 processors, as right now it only displays its picture (which proves that it exists). Based on the previously published roadmap, we'd expect the CPU to hit the market in 2019, though when exactly is anyone's guess.