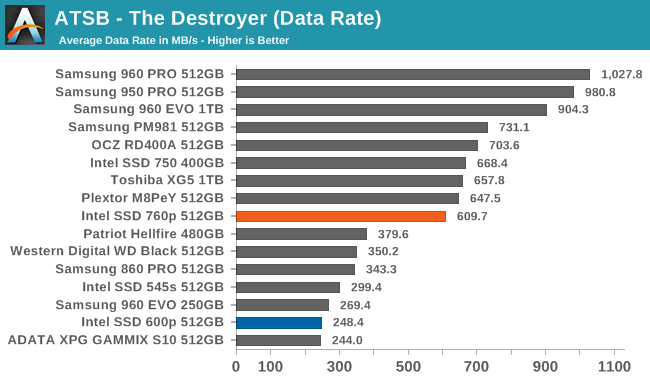 The Intel SSD 760p falls on the good side of a big gap in average data rate scores on The Destroyer. Scoring far below the 760p are SATA drives and most earlier entry-level NVMe SSDs. The 760p is a bit slower than some of the drives using planar MLC NAND or 3D TLC NAND, but it is clear that the 760p is capable of handling The Destroyer better than any previous SSD in its price range. 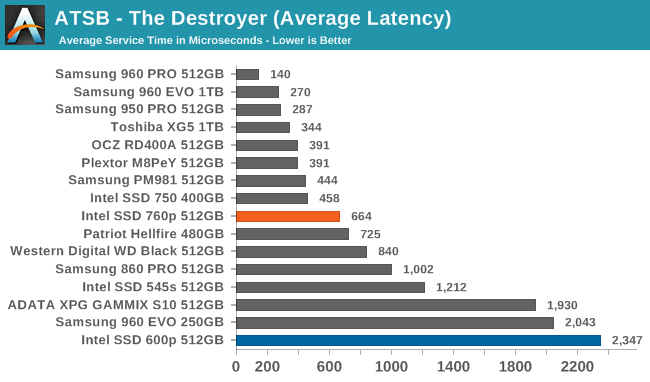 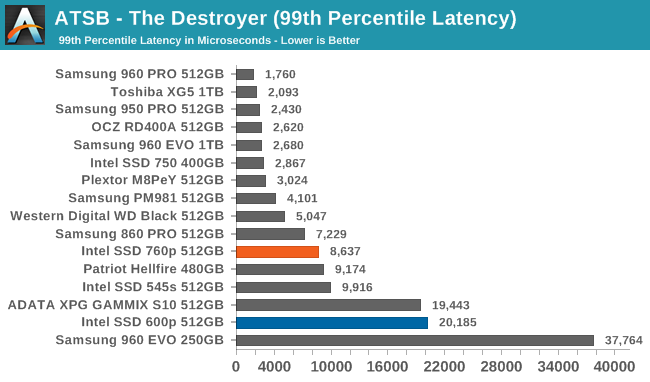 The average and 99th percentile latency scores don't provide the clear separation that the average data rate shows, so the Intel 760p simply looks a bit below average for a NVMe SSD. Given the relative pricing and the poor performance of the Intel 600p, that's a good result for the 760p. 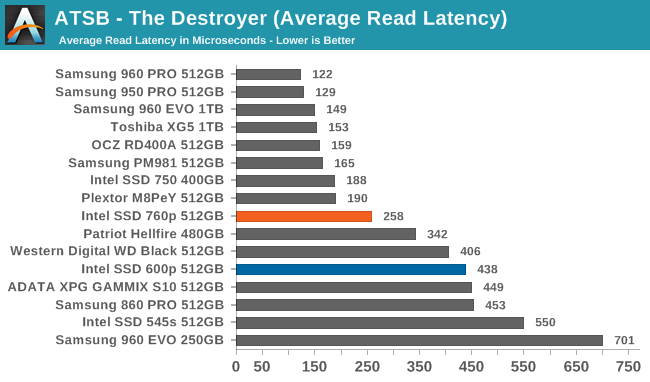 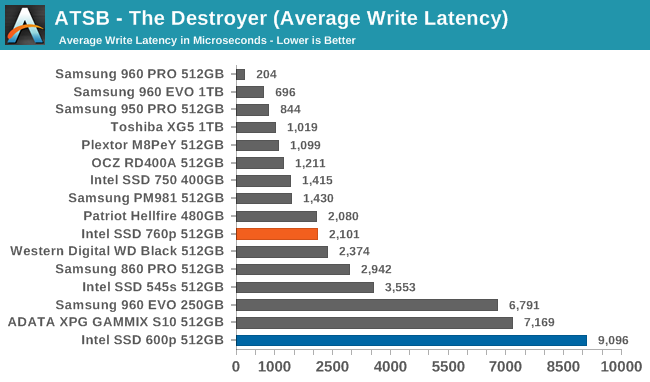 Breaking down the average latency by reads and writes, the Intel SSD 760p ranks about the same either way. It is roughly on par with the slower (read: not Samsung) MLC NVMe SSDs. 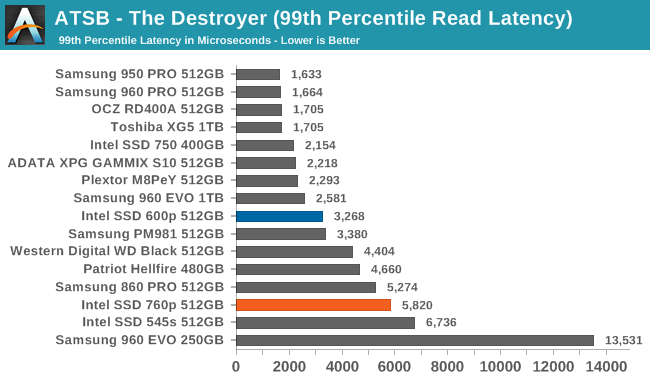 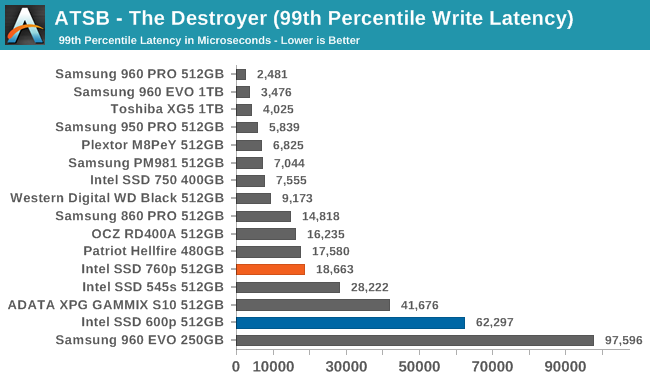 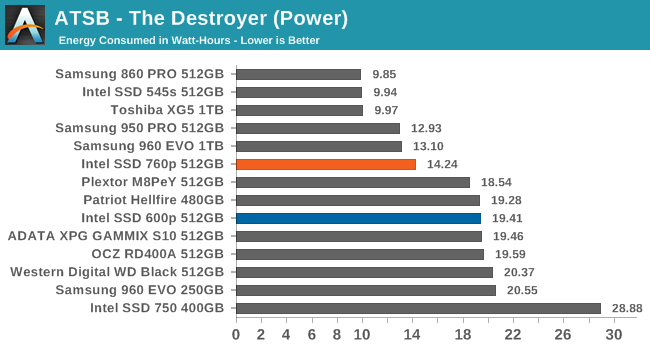 The energy consumption of the Intel SSD 760p during The Destroyer is almost as low as Samsung's best NVMe SSDs, but nowhere near the SATA-like efficiency of the Toshiba XG5. Overall, the 760p is much more efficient than Intel's previous NVMe SSDs, but there's still room for improvement.