Enterprise hard drives come with features such as real time linear and rotational vibration correction, dual actuators to improve head positional accuracy, multi-axis shock sensors to detect and compensate for shock events and dynamic fly-height technology for increasing data access reliability. These hard drives also expose some of their interesting firmware aspects through their SATA controller, but, before looking into those, let us compare the specifications of the ten drives being considered today. Even though most of the data for all ten drives is available below, readers can view only two at a time side-by-side due to usability issues.

A high level overview of the various supported SATA features is provided by HD Tune Pro. 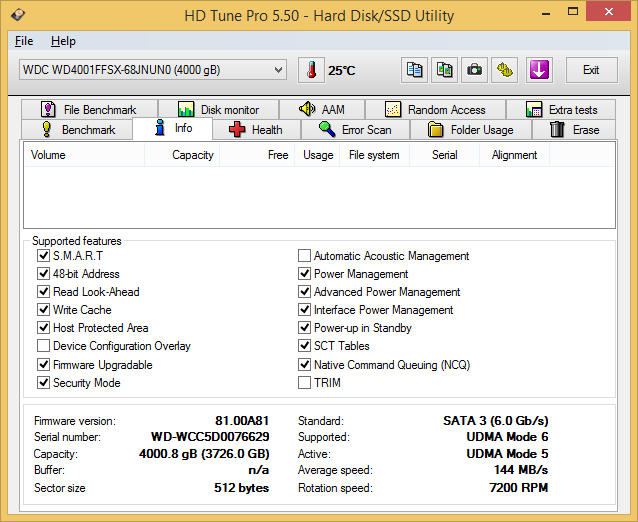 A brief description of some of the SATA features is provided below:

We get a better idea of the supported features using FinalWire's AIDA64 system report. The table below summarizes the extra information generated by AIDA64 (that is not already provided by HD Tune Pro).